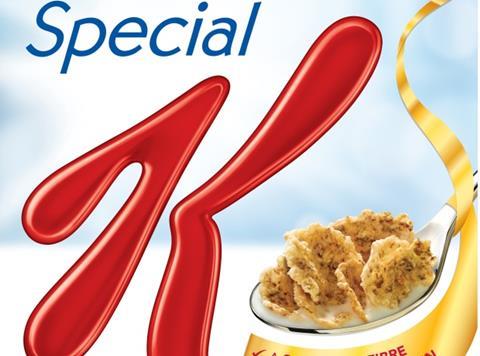 Shifting consumer breakfast habits in the US hurts Kellogg Co.

Kellogg Co. has posted large losses in its final quarter as consumers in the US turned their backs on cereals and snack bars for high-protein food-on-the-go.

Comparable sales in Kellogg’s US morning foods division slumped 7.7% in the last three months of 2014, with the snacks arm falling 3.1%.

Kellogg, the largest cereal maker in the US, also downgraded its long-term financial targets, now expecting low-single-digit annual revenue growth, 1 to 3 % compared with 3 to 4 %,

“In 2014, we have been addressing the challenges we have faced in some of the company’s developed businesses,” said John Bryant, Kellogg president and chief executive. “Project K, our four-year efficiency-and-effectiveness programme, is providing flexibility, and we have invested in brand-building initiatives, in-store sales capabilities, and new, improved products.

“We expect that 2015 will be a rebuilding year for us and that our investment will provide a strong platform for future growth.”

Kellogg made a $293m net earnings loss in the fourth quarter – equivalent to a loss of 82 cents a share – compared to a $818m profit a year ago.