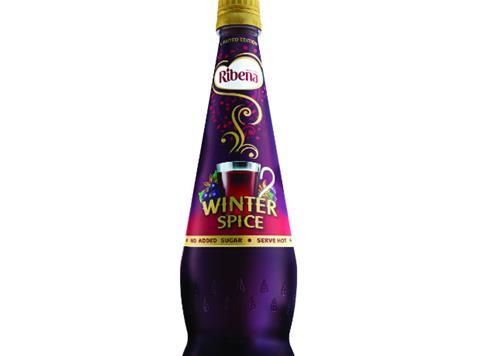 Lucozade Ribena Suntory is bringing back its limited-edition Ribena Winter Spice variant as it aims to drive hot squash consumption in the winter.

Unveiled last year, the no-added-sugar cordial is the original blackcurrant flavour with the addition of ‘aromatic spices’, giving it an ‘intense aroma’ (rsp: £2.49 /850ml).

The product’s return - which follows the £6m campaign for Ribena Light - will be supported by a £750,000 investment, including press, in-store, sampling and social media.

With 7.4% of Ribena already consumed hot, versus a 2.3% average for the squash category as a whole, the brand was ideally placed for the hot serve option, said Ribena brand manager Louise Cullinane.

“We launched Winter Spice last year with an ambition to unlock a broader target audience. It was so successful it quickly became our second-bestselling squash SKU within grocery,” she added.