Revival for Scottish soft drinks brand Bon Accord after 16 years 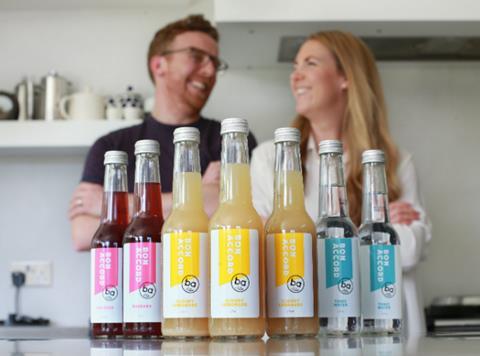 Popular Scottish soft drinks brand Bon Accord has been revived after 16 years by a great-great granddaughter of founding brothers Thomas and David Robb.

The move towards healthier offerings is a significant change for the brand, which was founded in 1909 in Arbroath. It became well known in Scotland for its brightly coloured, sugary drinks in Tropical, American Cream Soda, Cola and other flavours – and for its trucks that delivered the bottled pop to households across Scotland.

The family businesses – once one of the three major soft drink producers in Scotland along with AG Barr and James Dunbar – stopped manufacturing in 2000. It is now located in Edinburgh and has developed its NPD with input from the University of Abertay’s food innovation department.

Knowles, who has worked in the food and drink industry for 10 years, was inspired to bring back Bon Accord while pregnant around two years ago. “I was struck by how uninspiring soft drinks were and how much sugar was in them. It felt like there was a real lack of choice for adults,” she said.

Burrough claimed the new drinks, available now, were “ahead of the game” by being in tune with consumer habits and trends.

“People are more clued up on what they drink and it was our priority to make drinks that are made with natural ingredients and are lower in sugar,” he said.

The return of Bon Accord comes as sparkling drinks for adults are enjoying an 11.3% hike in sales, with the category growing in value to £98.1m [Kantar Worldpanel 52 w/e 3 January 2016].