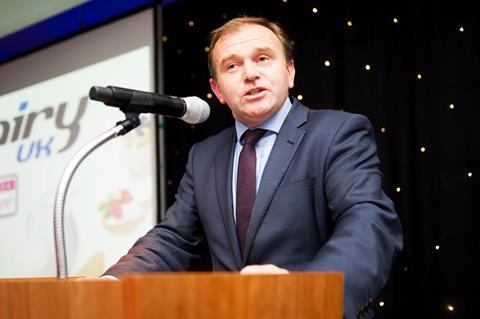 The Agriculture Bill cleared the Commons this week amid fears the government is prioritising a US trade deal over domestic production.

The bill was introduced in January with promises to enhance British food production, but MPs and farmers are concerned the lack of protection on standards is designed to help ease trade talks with the US.

This week the government voted against amendments that would require food imports under a post-Brexit trade deal to abide by the same health and environmental standards as British production.

Luke Pollard, shadow Defra secretary, said the government’s decision not to preserve food standards in law was “deeply worrying”. “If we allow food produced to lower standards into the country it will put farmers out of business.”

The Trump administration is expected to pressure the UK for access for its agricultural products if a deal is to be reached. “The danger is that the free traders in government trade away any restrictions on cheap imports, thereby undermining our financial viability and food security,” said Patrick Holden, director of the Sustainable Food Trust.

Trade minister Liz Truss is reportedly drawing up plans to slash tariffs on US agricultural imports to advance progress on a trade deal.

“The political imperative of securing a US trade deal at any cost is overriding the economic imperative of getting the right trade deal and safeguarding UK production,” said Nick von Westenholz, director of EU exit and international trade at the NFU.

Defra minister George Eustice told the BBC’s Farming Today the government could not enshrine food standard protections in law because it would cause “potential problems with some of the existing continuity trade agreements.”