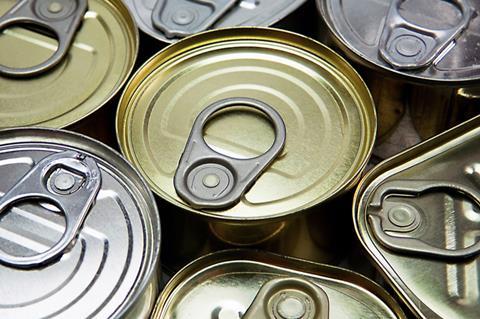 Industry leaders have criticised the government’s slow response to the coronavirus crisis, as emergency talks get underway to co-ordinate efforts.

A series of emergency meetings are being held between Defra and supermarket bosses in Whitehall today, The Grocer understands, amid growing fears further spread of the illness will lead to empty shelves as consumers stockpile and even panic-buy.

They include the first meeting of the Food Chain Emergency Liaison Group, which includes retail and supply groups. Members of the group told The Grocer they were “very surprised” it had taken so long for it to go into session.

The group was heavily involved in emergency planning for a no-deal Brexit and is intended as a mechanism to allow government and industry to work together to plan for and respond to any food supply disruption.

Its membership is drawn from across the agri-food chain sector and includes other relevant government departments, devolved administrations and agencies.

“Defra has been very slow to react, but it is getting going now,” said a supermarket source. “There have been and continue to be a series of meetings today to discuss the response.”

Supplier bosses are also involved in the conversations, though the biggest concerns have focused on the impact on retailers.

A supplier source added: “The fact that this is the first meeting of the group is very surprising considering how long this has been going on. I have read reports that the government has been working closely with the industry on planning for this crisis but that is certainly not the case as far as we are concerned.”

Yesterday, health secretary Matt Hancock announced the government was working with supermarkets to ensure food supplies were safeguarded for those stranded in their homes as the coronavirus outbreak worsened.

However, industry sources denied there had been any such planning and added there was a concern that the minister’s comments could contribute to panic buying.

“The government has been very slow and it’s vital that we get this response right,” said one source. “At the moment there are not major supply shortages aside from a few isolated products, However, the danger is that a badly co-ordinated response could lead to more panic-buying and that could lead to that sort of situation happening,”

Retail bosses have repeatedly told The Grocer they were unhappy with the lack of planning from the government for handling a pandemic, with the BRC saying its response had been in stark contrast to an emergency plan drawn up amid fears of a flu outbreak in 2011.

The source stressed supermarkets were leading their response to the crisis, rather than government looking to take control of food supplies.

“Our members are working as hard as they can to ensure all consumers have access to the products they need,” said BRC director of sustainability Andrew Opie today.

“Even where there are challenges, retailers are well-versed in providing effective measures to keep retail sites running smoothly, and we are working with suppliers to ensure this continues. Retailers are taking necessary steps to meet the rise in demand for certain hygiene and long-life products.”

BRC CEO Helen Dickinson added: “The BRC is working constructively with government officials to ensure that supermarkets remain stocked and supply chains continue to function as normal for the foreseeable future.

“While coronavirus has increased the demand of certain products in the short term, we are confident that any disruption will remain limited, and consumers will continue to be able to choose from a wide selection of foods and other products in stores across the country.”