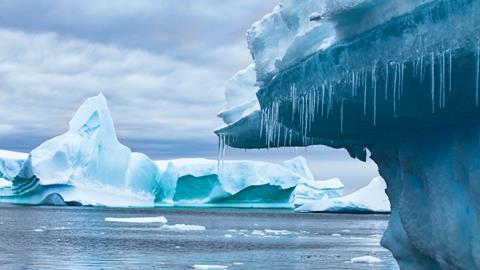 How can UK retail reach its zero-carbon target by 2040?

This week, the retail industry set itself an ambitious deadline. By 2040, it will achieve net zero carbon emissions, not just from retail operations in the UK, but in its supply chains too.

Announcing the Climate Action Roadmap, the BRC said UK shoppers could expect the products they buy to be making a minimal impact on the planet by that date.

It puts retail ahead of the UK government’s target of net zero by 2050. It’s also ground-breaking, says BRC head of sustainability Peter Andrews, because it includes supply chains. Until now, carbon roadmaps have focused on their own operational emissions.

“We recognise as retailers the biggest impact we have on the planet in terms of climate emissions is through our supply chain,” says Andrews. “It’s about 90% of our impact.”

Yet in the same breath, he recognises that’s because UK retail is “the facing end of vast international supply chains”. No small task, then. So how is the BRC planning to do it?

Andrews acknowledges it’s a “hugely ambitious timeframe”. Hence the BRC has been working for a year with sustainability advisory firms Canopy and 3Keel, as well major retailers, developing a roadmap.

The result consists of five pathways along which the industry must progress, collectively designed to “deal with all aspects of the footprint from retail”, says 3Keel managing partner Simon Miller.

The first three pathways are: putting greenhouse gas data at the “core of business decisions”; moving sites including stores to renewable energy sources; and moving to low-carbon logistics, particularly in road freight.

The fourth deals with the supply chain. It includes “looking at the raw materials that are being specified, being put into products and being manufactured, and really touching all elements of that from deforestation to recycled content and so on,” says Miller. The fifth “brings it all together” by helping employees and customers live low-carbon lifestyles, including “nudging” shoppers.

To define short-term progress, the roadmap also sets five-year ‘milestones’ for each pathway.

The BRC acknowledges there are major challenges. For one, the ambitions are for “the entire retail industry”, says Andrews, and yet there are so far only 63 retailer signatories. Aldi, Asda, Co-op, Iceland, John Lewis, Lidl, M&S, Morrisons, Ocado and Sainsbury’s are among them, but Tesco, for example, is not, having terminated its BRC membership after merging with Booker in 2018.

Andrews argues the number is certain to grow, but adds that the roadmap can move the whole industry forward. “We’re looking at the big systemic barriers facing retailers to decarbonise and if we can solve most of those then it should enable the entire industry to move things forward faster,” he says.

Among those systematic barriers is the quality of the government data that will be used to track industry progress. “That’s going to be one of the focuses for next year: how do we work with government to make sure that data is captured effectively and that we can really track and measure progress against it?” says Andrews.

That may not bode well for the wider project. If tracking progress here is an issue, then Mark Jones, food and drink supply chain expert at law firm Gordons LLP, wonders how will it be for supply chains.

Oxfam’s annual human rights scorecard, ranking supermarkets on their published policies for protecting supply chain workers from exploitation, shows “that it takes large retailers a long, long time to have adequate procedures in place to demonstrate compliance,” he says. Regulatory intervention is the only thing that will achieve the BRC’s goals, argues Jones.

But Andrews says with climate change posing “real practical challenges for businesses in terms of security of supply,” there is already a powerful incentive for them to get better. In this respect, the roadmap and its critics are aligned.