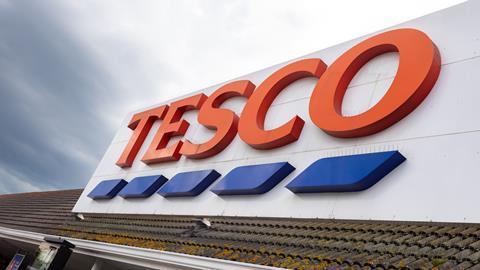 The industry and City analysts have been reacting to the bombshell news that Tesco has repaid the £585m of business rates received from the government during the pandemic. Here is what they say:

“The decision to repay business rates relief is one for individual companies to consider for themselves. Many have used this money to cover increased costs as a result of Covid – hiring extra staff and making significant investment in the safety and protection of their premises. As such, there are many firms who simply cannot afford to repay this government relief.

“Many retail businesses face an uncertain future following two separate lockdowns in 2020 and a collapse in footfall in town and city centres, and will struggle to survive. This threatens further store closure and unnecessary job losses, unless the government extends some targeted business rates relief into the next tax year. In the last week, two major retailers have become the latest victims of the pandemic, putting 25,000 jobs at risk.”

“Supermarkets have done very well at the expense of the hospitality sector during the Covid crisis and we congratulate Tesco on setting a precedent for others to follow. It was always a mistake to offer business rates relief to supermarkets who would gain sales from the closure of restaurants and pubs, but not the wholesalers who supply those struggling hospitality venues, as well as independent shops and vital services like schools and care homes.

“Now Chancellor Rishi Sunak has both the opportunity and the funds to correct that mistake and support this vital supply chain, which he has so far ignored.”

“We generally hold John Allan in high regard, but in this case we struggle with a totally contradictory statement, where the Group states why it was justified to take up rate relief, with costs directly related to Covid in H1 FY2021 exceeding relief at £725m, only to then argue that it is the right thing to do. Remarkable really.

“Clearly, Tesco’s decision will have a direct read across to the other British retailers that have remained open and received business rate relief in this challenging time. Their respective boards will now be faced with a real dilemma; do they ‘follow the leader’, and ‘do the right thing’ by everyone bar second-class shareholders.

“Time will tell, but a dilemma it is for sure in what is, we recognise, a far from straightforward matter. Whilst Morrisons and Sainsbury’s may be at the forefront of the debate today as to the next steps for the industry, particular focus may also fall upon Asda, (Wal-Mart) B&Q and B&M Stores, the latter of which has declared a recent special dividend.

“Importantly, should only the listed retailers repay rate relief and how fair will it be if the private players such as Aldi, Iceland and Lidl do not follow suit – will the business press be on their case? Hmmm. We think not. Indeed, should the government now require all those who remained open to repay the relief to ensure fairness: no doubt such a decision will fill Mr Allan’s Christmas card bag from the trade with much seasonal goodwill.

“The decision by Tesco also sheds light on a fundamentally broken business rate system that urgently needs reform. What about the position of the online trade that has been permitted to trade through and remain open during the pandemic? Should they be subject by the government to a windfall tax because it is the right thing to do? To us, other listed retailers should not just follow Tesco, they should be saying that they will consider matters if the government withdraws the rate relief exemption from all offline businesses that stayed open, plus give some clarity on what contribution pure-play businesses that traded through Amazon will make.”

“Tesco’s return of some £585m of rate savings will likely see others follow suit. Within the grocers, Sainsbury’s is most impacted with rate savings at c.10% of equity worth. Whether non-food players will follow suit is more debatable. In our mind, this does not significantly change the intrinsic value of stocks.”

“The decision by Tesco to pay back business rates relief represents a significant U-turn and will crank up the pressure on its supermarket rivals to follow suit.

“This gesture comes at a fairly sizeable cost – so it can’t be dismissed as meaningless – and it may well be that the boardrooms of its peer group are cursing the move. After all, if they follow suit, unlike Tesco they won’t be able to claim the brownie points for going first.

“Previously the grocers had argued they were entitled to take advantage of this tax break, despite being able to operate throughout the pandemic, due to all the extra costs they incurred and the pressures they faced in feeding the nation.

“Tesco will argue that today’s decision is less a reflection of a change of heart and more a story of a change of circumstances as the backdrop has stabilised.

“It may be that the company is seeking to pre-empt any action from a cash-strapped government, which has seen supermarkets book big profits and in some cases increase dividends to shareholders despite the impact of Covid-19. For shareholders themselves, it will hardly feel like their interests are being prioritised. There is now likely to be plenty of speculation about who goes next.

“Public companies, as they always do, will face greater scrutiny and it’s not just the supermarkets – Kingfisher-owner B&Q and discount retailer B&M, which recently declared a special dividend, were also able to stay open while taking advantage of the relief.

“A situation where listed firms pay back cash and private ones keep their heads down and do not would hardly feel satisfactory.”

“It should have been obvious from the outset that not all businesses would need the same level of taxpayer support through the pandemic. It is great that Tesco has taken the lead and repaid this relief. The government must now redeploy that revenue to where it is most needed.”

“Tesco’s logic for returning the BRR is that the industry has fared much better than it had expected would be the case when it originally accepted the government’s offer. Returning BRR would mean a pretty much direct hit to PBT, although one would expect tax relief (due to lower profit).

“Attention will now shift to other retailers and whether they may feel they have to follow Tesco’s lead. As a reminder, for the stocks under our coverage, the BRR situation is as follows:

“Of all these other retailers, we would argue that M&S and Next can clearly claim to have suffered trading harm from the pandemic, but that is less true of B&M, Sainsbury’s and Morrisons. Although they have all incurred additional costs as a result of the pandemic – higher absenteeism, additional health & safety costs, etc. – sales and profit have arguably benefited. Tesco’s decision will likely create significant political and media pressure for other retailers to return the BRR that they would otherwise have claimed.

“Although these impacts are significant, we should remember that they are entirely one-off, in the sense that BRR was never expected to extend beyond the current year.”

“This is the right move from Tesco. I call on other retailers to follow suit.”