Ask some of my colleagues if they think I’m committed, I suspect their answer might be yes,” says Dairy Crest CEO Mark Allen when I ask him what his plans for the future are. To which group commercial director Adam Braithwaite quips: “Some days we wish he wasn’t as committed.”

There is a jovial mood at Dairy Crest’s Surrey HQ. And there is a newfound confidence around the business too, some eight months after it finally offloaded its loss-making dairies operation to Müller.

Allen joined Dairy Crest a quarter of a century ago and he’s been CEO for a decade, but thanks to the Müller deal - which will bolster dairy Crest’s coffers by about £30m once final considerations are rubber-stamped - there is no sign of him departing any time soon. “I’m absolutely committed to the business,” he says. “It’s been my life for 25 years.”

The 57-year-old’s continuing commitment may well also be down to his much-publicised £1.4m salary, which went up by 44% after the deal, but he’s also clearly energised by the prospect of helming a smaller and more agile dairy business.

“It’s been very difficult for anybody to make a sensible return from liquid milk, it’s been a challenge for the industry. One of the ways you can make it more profitable is by putting companies together and creating synergies and a pool of profitability. That was the rationale behind the deal, and I think it’s been good news for everybody.”

The Müller deal left the residual Dairy Crest much smaller (shrinking from a £1.4bn business with 5,000 employees to a £400m business with about 1,000 staff), but with that change comes a fresh chance to grow. “In my last 10 years we haven’t had the chance to do that due to the milk business,” Allen says.

That growth will come from a business that has undergone a “cultural reset”, adds Braithwaite, who joined Dairy Crest in 2002 and was elevated to the management board earlier this summer. He explains Dairy Crest is now focused on adding more value to its key brands such as Cathedral City and Clover, and in building its burgeoning dairy ingredients business based in Davidstow, Cornwall.

“We have moved from a commodity-based business to a branded business that is much more fleet of foot, but we have also been able to bring across with us a legacy of governance and systems of a plc,” he says. This has allowed Dairy Crest to behave much more “like an entrepreneurial business”.

“We now have an opportunity to directly influence every colleague, which is something we weren’t able to do previously,” Allen adds.

Crucially, Dairy Crest will remain a plc, stresses Braithwaite. But while he accepts approaches from buyers are part and parcel of being a listed business, he insists “we don’t want approaches. Our strategy is to look for acquisitions where we can add value, to grow what we’ve got and continue to bolt on, not to partner and be acquired by someone else.”

Might ‘adding value’ mean launching new brands at some point? Braithwaite says the business “won’t rule anything out” but he stresses taking an existing brand such as Vitalite and reviving it as a dairy-free spread is a much more realistic proposition. And expect more money to be ploughed into Cathedral City, Clover and Country Life, which are all delivering positive volume growth (with Cathedral City up 6%), and (he claims) beating their competitors hands down in taste tests. 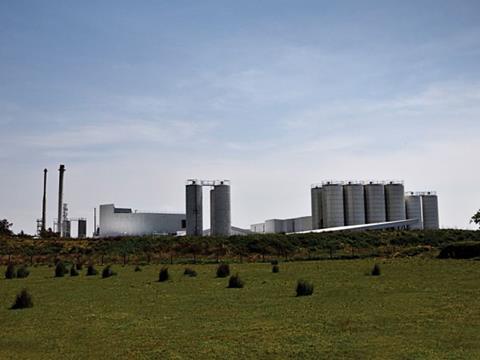 But what Allen and Braithwaite are keenest to discuss is Dairy Crest’s much-vaunted operation in deepest Cornwall. Davidstow, where the eponymous cheese and Cathedral City are both made, is also home to Dairy Crest’s trump card: a £65m-plus demineralised whey and galacto-oligosaccharide (GOS) processing plant, which is the gateway to new export markets.

“It has been a big, complex project, which took a while to get going, but is now definitely going,” says Braithwaite. “We’ve had to go through some arduous infant formula auditing processes but we have the demineralised whey and GOS operations up and running, which is hugely exciting, and we are looking at the next phase of funding into that area for NPD.”

All of Davidstow’s demineralised whey powder is sold to New Zealand-based dairy giant Fonterra as part of a longstanding joint venture, says Allen, and Davidstow is due to make 24,000 tonnes of it this year, which will be marketed by Fonterra into infant formula markets around the world.

GOS - a clear syrupy prebiotic byproduct of milk - has infinite potential, adds Allen, in markets such as infant formula, other life stages such as post-chemotherapy, and in animal nutrition. “If we confirm in field trials - particularly on the animal nutrition side - what we have seen in laboratories, the opportunities are huge,” he says. 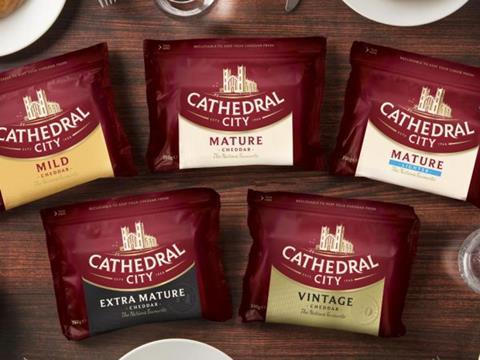 Allen was in China talking to potential customers for GOS when he heard the referendum result. Both he and his potential Chinese customers were “surprised and a little bemused” by the vote, but he insists Brexit will have a minimal effect on the business. “We’re predominantly a UK business and our sales and purchases overseas balance each other out.”

One thing to emerge from the referendum that did pique his interest was the elevation of Andrea Leadsom to environment secretary. “I hope to meet her soon and hope she promotes the dairy industry and farming in a wider context, in addition to improving the debate between Defra and PHE.”

Allen also hopes she looks carefully at country of origin labelling for dairy products to create a “more level playing field” for British brands. And he says Dairy Crest will be making a greater play on provenance over the next few years to promote the fact all of its cheese comes from the South West of England.

“Cheese is too often health-marked UK when the it can be produced anywhere. That’s fundamentally wrong. That isn’t me saying people should buy British necessarily, people should buy the product they think is the best. But they shouldn’t be duped into thinking a product is British when it’s only packed here.”

And despite the jovial mood, it’s clear everyone at Dairy Crest is very serious about that