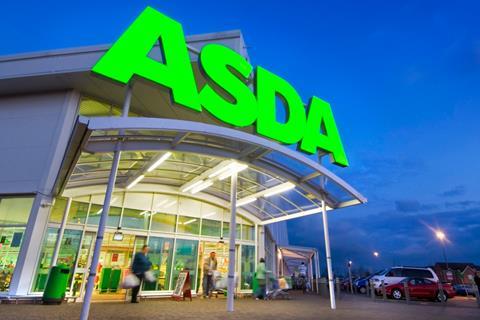 Hot on the heels of its 23rd consecutive win on pricing, Asda has kicked off the new Grocer 33 year as it intends to go on.

The Walmart-owned retailer secured the first victory of the year with an £82.43 total, £2.97 cheaper than nearest rival Tesco. Asda offered the lowest price for 20 items and was exclusively cheapest for 10 lines. These included the beef meatballs and apples, but if executives at its Leeds HQ wanted to celebrate its latest annual victory, they might do well to do so with a bottle of Lanson Black Label champagne, which was also cheaper at Asda than its rivals.

Asda also had more promotional activity than the other supermarkets. It had eight offers, all of which were price reductions. Sainsbury’s had six deals, Tesco five, Morrisons four and Waitrose three.

Tesco offered the lowest price on 12 products and was exclusively cheapest on four: the carrots, Dove deodorant, frozen veg and tomato purée.

Last week’s winner Sainsbury’s slipped to third spot. At £87.72 it came in £5.29 more expensive than Asda, though £3 of this was on the £35 bubbly, which had just come off a £25 deal. Sainsbury’s offered the lowest price for nine items and was exclusively cheapest on the Del Monte pineapple chunks.

Morrisons was the place to go for fresh pineapple, meanwhile, as it was one of four exclusively cheapest lines for the Bradford-based retailer, along with the eggs, coleslaw and romaine lettuce hearts. However, it still came in £6.10 more expensive than Asda at £88.53.

Waitrose continued to lag behind its rivals in terms of price, coming in £12.28 more expensive than Asda at £94.71. It offered the lowest price for four products and a £4.50 deal meant it was exclusively cheapest on the Andrex toilet rolls.