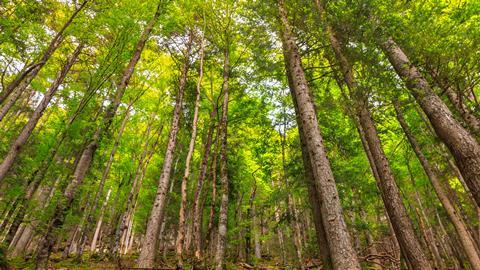 Coronavirus might have caused a delay to the DRS, but it isn’t getting in the way of fmcg brands’ sustainability ambitions.

Nestlé, the world’s largest food company, today set out a plan for achieving its goal to halve emissions by 2030 and become net zero by 2050.

This isn’t a new target for Nestlé. It announced its ambition to achieve zero net greenhouse gas emissions by 2050 last year, when it signed the ‘Business Ambition for 1.5°C’ pledge ahead of the UN Secretary-General’s Climate Action Summit.

But now it’s published a detailed, time-limited global roadmap outlining the steps it will take to achieve that aim. And revealed how much it will invest in its effort to fight climate change – including £2.6bn over the next five years.

According to the plan, Nestlé will accelerate regenerative agriculture initiatives – planting hundreds of millions of trees within the next 10 years, complete its transition to 100% renewable electricity globally by 2025 and increase the number of ‘carbon neutral’ brands.

It comes after Unilever in June revealed a new target to achieve net zero emissions from all of its products by 2039, alongside a pledge for its brands to collectively invest €1bn in a new dedicated Climate & Nature Fund.

But while these commitments are undoubtedly commendable, the proof – as they say – will be in the pudding. Because it’s easy to set targets that are miles in the future when it’s so hard to hold companies to account if they fail to meet them.

Nestlé and Unilever were among 400 Consumer Goods Forum members to sign a 2010 pledge to achieve zero net deforestation by 2020 through responsible sourcing of commodities like soya and palm oil, for example.

But both failed to meet that target and have since pushed it back to 2022 and 2023 respectively.

Cargill, another Consumer Goods Forum member, has pushed its deforestation-free target back even further, by 10 years, to 2030.

It makes Nestlé’s decision to publish a detailed roadmap today even more significant. Hopefully, having a clear path towards zero emissions will help it hit the 2050 deadline.

There are, of course, other incentives for fmcg giants to meet their zero emissions targets.

The EU has already mandated carbon neutrality by 2050, while in the UK, the government intends to mandate climate disclosures from companies by 2025 and is also set to consult on making carbon labelling on products mandatory.

That’s not to mention the growing concern over climate change among consumers, who are increasingly willing to vote with their feet.

As Warren Ackerman of Barclays wrote in The Grocer last week: “Greenwashing is no longer a viable strategy.”