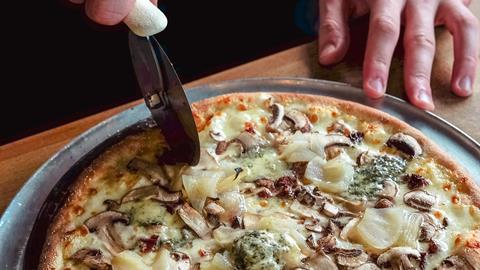 Public Health England (PHE) said it was too busy today to answer questions over the publication of draconian new industry salt reduction targets, because it was at full stretch dealing with the coronavirus.

Which begs one obvious question: why release the targets in the midst of a possible global epidemic?

Sadly, that is far from the only question surrounding the new targets, with the timing having left the industry bamboozled over the direction of the government’s public health policy.

The announcement took everyone from industry trade bodies to health campaigners by surprise. Yes, targets had been expected this year, having been originally promised in 2018 and delayed by Brexit and the general election.

But why were they quietly snuck out at an obscure cardiovascular conference, with no pre-consultation briefings with the industry expected to make the cuts, as has been the case with previous discussions on the sugar reduction programme, for example?

More importantly, companies are also questioning whether the targets published by PHE actually stand any chance of success, considering the dismal failure to hit its previous 2017 salt targets.

An update by PHE in 2018 showed less than half of products had met those targets, set by Anna Soubry (remember her?) in 2014.

Not a single category had all products below the maximum target set and none of the meat categories met their targets. As with sugar, the OOH sector was found to be trailing far behind retailers and manufacturers.

Yet PHE is now suggesting that companies can in some categories slash salt by more than 20% in the next three years, with bacon, breakfast cereals, cheese, pizzas – in fact, no less than 80 food categories – in the firing line.

Industry excuses will cut little ice with the likes of Action on Salt and other health campaigners, who accuse companies of undermining what started as a world-leading salt reduction programme under the FSA in 2006.

With some adults regularly consuming over three times the government recommendation of 6g of salt per day, campaigners say fears over technical limitations and concerns over an impact on sales cannot get in the way, with many recommending mandatory targets.

But PHE’s figures feel dangerously like they have been plucked out of thin air.

Its move comes with PHE already floundering in its sugar reduction programme (with 2020 targets looking impossible) and yet also expected to launch a programme of calorie reduction targets this year, which will potentially be bigger than both sugar and salt put together.

Unlike with the salt targets, PHE has held a whole series of talks with industry on its calories proposals, which would require thousands of popular products to shrink, or reformulate, to hit a 20% calorie reduction target by 2024.

The body had been due to start the programme last year, but having met an avalanche of opposition, it is now also expected later in 2020.

So will the industry face new targets of salt and calories at the same time and, perhaps most pertinent of all, what do Boris and his ministers make of all this?

Is this a government determined to pursue a massive change in the food offered to consumers, at the same time as it faces the unknown of our exit from the EU?

In the run-up to last year’s no-deal deadlines, industry leaders warned they could no longer cope with the voluntary reformulation programme and prepare for Brexit at the same time, such was the cost and resources involved.

With the industry now facing an equally crucial 10 months as the clock ticks down to the deadline for a trade deal, how has any of that changed?

Sadly, without a stronger articulation of what the government hopes to achieve, without more effective consultation and without industry buy-in, the latest targets, for all their undoubted health benefits, risk being doomed to failure from the start.