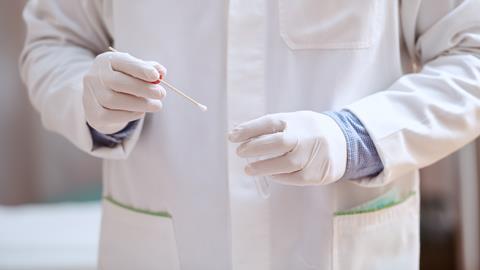 Can ‘incoherent’ track and trace system be trusted not to endanger food supply?

As our embattled prime minister charts a new course out of lockdown – hopefully avoiding the A1(M) – there was some encouraging news in the form of the person put in charge of the flagship new test and trace system launched today.

Baroness Harding of Winscombe, or “Dido” as Boris Johnson kept familiarly referring to her during yesterday’s mauling by the Commons Liaison Committee, has an impressive track record in food and drink. She was a former executive for Terry Leahy at Tesco, and convenience director at Sainsbury’s, so she ought at least to understand the industry’s many concerns.

The bad news is Harding subsequently presided over one of the most disastrous online fiascos in corporate history when, as Talk Talk CEO, her company saw 15,000 bank accounts hacked and found itself whacked with a record £400,000 fine.

But, as the PM would say, let’s move on and talk about important stuff.

Johnson has decided to push ahead with the mass rollout of test and tracing, despite an app that had been trialled on the Isle of Wight – and had been intended as the mechanism to spearhead the programme – not being ready.

The decision has nothing whatsoever to do with our PM trying to divert attention from his disgraced adviser Dominic Cummings, of course.

So, from today Harding’s team of 25,000 contact tracers will start locating people who tests show have been close to someone infected with the coronavirus.

They will be advised to self-isolate for 14 days even if they do not have symptoms, with the government warning it will bring in fines if a significant number of people flout the advice.

Plenty has been written already about the dubious training given to the tracers trusted with such a key task. And within hours of its launch the national newspapers were reporting the website backing the programme had crashed, in what sources in the operation described as a “shambles”.

But for the food and drink industry, there are more specific concerns, which The Grocer has learnt were aired in a fiery virtual meeting between the industry and government officials, including staff managing the testing programme, earlier today.

This publication first raised industry fears over the issue almost a month ago, after sources warned the new app risked wreaking havoc in supermarkets and factories unless safeguards were programmed in to prevent mass quarantining of key workers. Since then a top-level group made up of supermarket executives and leading suppliers has been desperately trying to come up with solutions to allow the app to drive our freedom from lockdown, without seeing a second wave of absenteeism hit supermarkets and production lines.

The prime minister’s decision to press ahead weeks, possibly months, before before the app is even ready, has left food bosses fuming.

“There was what I can only describe as a very significant concern about what we heard and the plans that have been developed,” says one source in the talks.

“There is incredulity that the government could roll this out with such an apparent lack of preparedness in the detail and I think it’s safe to say that senior civil service figures are equally incredulous.”

The biggest issue facing the industry is how the new programme will operate without turning factories into ghost floors, if members of production lines are identified in tests and advised to stand down. Likewise with supermarkets.

Crucially, will social distancing measures be taken into account to allow the wheels to keep turning?

“They were not remotely coherent about how the tracers would take into account the millions that suppliers and retailers have spent on social distancing measures, despite the fact that the advice could quickly, very quickly, lead to a situation where whole factories close down and which puts the financial viability of firms at risk,” said a source.

Industry leaders themselves are clearly walking a political tightrope.

With absenteeism rates reportedly back to below 5% for a large proportion of businesses, it’s easy to see why they fear a new system that could see factory floors cleared on the advice of what they see as rookie tracing amateurs.

At the same time, businesses must be careful or they will be seen as enemies of worker safety and obstacles in the way of government attempts to get the economy back on its feet.

Yet there is a growing resentment in the industry over the lack of co-ordination and intelligence behind government moves to tackle the outbreak, which comes out loud and clear from evidence submitted to the ongoing Environment Food and Rural Affairs Committee inquiry.

And that resentment, like that of the voting public, will only grow if the industry believes decisions are being made to dig the government out of a hole.