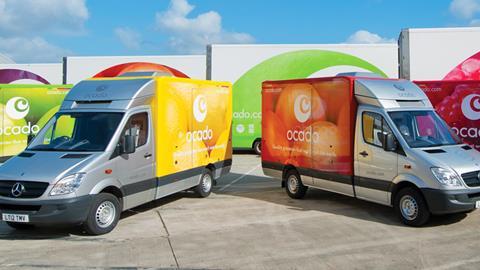 Clock is ticking for Ocado after another investor show of faith

Ocado tapping investors for more than half a billion pounds this week might look like unfortunate timing, coming just a month after the stock hit five-year lows.

Its pandemic gains have been wiped out in recent months, with stock down almost 50% so far in 2021. In May, it hit its lowest level since 2018 following a gloomy trading update.

The £575m raised from investors this week means it has tapped the City for over £4bn in total. It was potentially a risky call to test investor appetite given soaring inflation and the likely hit to consumer spending.

Certainly, Ocado is facing some key structural issues. Firstly, its core retail operation – hived off into a JV with Marks & Spencer – is slowing down dramatically after booming pandemic gains.

While its sales remain well up on pre-pandemic figures, the return to normal shopping habits, coupled with the squeeze on consumer spending, have hit year-on-year comparisons.

Last month, it said lower average basket sizes had driven down retail sales by 8% in the second quarter  – on top of a 5.7% decline reported in the first three months of the year.

That means sales growth this year will be back down to low single digits, with margins unmoved. Meanwhile, market share data shows the resurgent discounters clawing back share from traditional grocers, leaving Ocado in a potentially shaky position as one of the more expensive grocery operators.

Secondly, Ocado’s share price isn’t predicated on its like-for-like sales – its valuation is very much based on its profile as tech stock, and the market has turned on tech-focused stocks more generally. While in some cases this is just frothy valuations returning to normality, there is something more fundamental at play too.

Consumer tech stocks from Uber to Deliveroo have used the availability of cheap debt to grow scale – in essence, buying customers at a loss.

Private investors have poured vast sums of cash into these ventures to enable them to build scale and beat out rivals – and that has largely been reciprocated on the public markets (with some notable exceptions), with investors content to buy potential rather than demand profitability.

But with soaring interest rates drastically cutting the availability of cheap debt, the loss-making, growth-focused model is starting to come under pressure. The tap has been turned off for cheap corporate debt and cheaply financed investor cash, meaning companies may start to find themselves under more pressure to focus on how to generate bottom line returns rather than world domination.

In that context, Ocado must be pleased to complete this week’s fundraising  – including its £300m new banking facilities – with the minimum of fuss and reportedly strong demand. Granted, it needed to offer the shares at a chunky 9.4% discount. But given that shares closed the next day just 2.5% down, it suggests the market wasn’t overly spooked.

It’s a sign that investors still buy into the long-term model that drove Ocado’s share price into the stratosphere in the first place – becoming the premier tech provider to the global online grocery market. And that doesn’t come cheap.

Investment has undoubtedly helped Ocado transform in recent years from a relatively niche UK online pioneer to the forefront of the global grocery market. It now boasts partnerships with Kroger, Coles, Casino and Auchan.

Yet Ocado is still fairly early on in this journey. As Fitch noted this week, it has only opened seven international CFCs from its planned 40 over the next four years so far. For that reason, it has downgraded Ocado over concerns about how quickly its strategy will pay back.

Arguably, Ocado has pushed the concept of “jam tomorrow” close to its limit, having struggled to turn a profit in two decades.

At the same time, the long-term play would make it seemingly counterproductive for investors and institutions to turn the taps off now.

Although Ocado is still racking up short-term bills for long-term gain, that’s a very different model to delivering pizzas or taking taxi bookings at a loss in the hope you can charge customers more at some undefined point in the future.

Indeed, Bernstein’s William Woods argues the news this week is a positive for the stock as it “relieves management from the liquidity concerns and hence can focus on growth and avoids the cost of servicing debt”.

Ocado notably assured investors that will be the last time it goes to investors for cash before turning profitable in the next four to six years. It’s an admission that its very patient investors are not inexhaustible in that patience – and seems to reflect the wider realisation that the era of tech giants burning cash may be coming to an end.

Ocado has a been a rare UK-listed consumer tech success story. But now that story needs to move on to the next chapter – turning a profit.