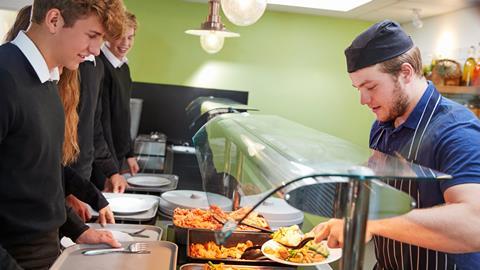 Boris Johnson always did fancy himself as a bit of a footballer. The German nation still winces at the memory of his challenge on former pro Maurizio Gaudino in a charity game, which was more like a rhino charge than a tackle.

So perhaps it was appropriate that on the eve of the long-awaited return of the Premier League, albeit behind closed doors, the PM was performing u-turns so fast they would make Cristiano Ronaldo look like a donkey.

Of course it was not Ronaldo but current Manchester United superstar Marcus Rashford that ran rings around the PM and forced the latest embarrassing backtrack over his botched free school meals voucher scheme.

With a social media campaign showing maturity, conviction and clarity – qualities that have so often been lacking in the government’s handling of the outbreak – Rashford was able to convince ministers to extend the scheme over the summer holidays, in the form of the £120m ‘Covid summer food fund’.

This was not just a victory for Rashord but campaigners who have long been calling for the move and had threatened court action against the government, which until a few days ago was steadfastly insisting it was not for turning on this issue.

With pretty much everyone but Katie Hopkins backing Rashford’s call, it’s hard to see how the government could have allowed such an own goal, especially following recent PR disasters such as the Dominic Cummings episode.

However, the limits on the timescale of the voucher scheme, incredibly, only touch the surface of the true incompetence on show from the Department for Education in this episode.

Free school meals: how government has botched the scheme

Today, MPs on the Environment, Food and Rural Affairs Select Committee wrote to the government demanding to know why the government snubbed retailers including Aldi, Lidl and the Co-op in the rollout of its scheme.

The Grocer has revealed how the Co-op and discounters Aldi and Lidl, as well as a raft of independent stores, have been left fuming by the episode, described by BRC director of food Andrew Opie as one of the worst in the entire Covid-19 outbreak.

Among the list of cock-ups, the government in its wisdom first awarded a £234m contract to French provider Edenred without a tender, then denied access to the discounters while opening it up to Waitrose and M&S. It doesn’t take a Marcus Rashford to point out the madness there.

Even worse, the scheme, due to technical reasons that appear so feeble it beggars belief, was also declared out of bounds to the Co-op. This was despite the fact that the retailer was chomping at the bit to take part – and in many isolated communities was the only store in which children could reasonably be expected to use vouchers.

The Co-op was finally allowed to launch its own scheme, but only after weeks of delays, and as The Grocer also revealed, schools that use it face financial penalties compared to those in the official scheme.

Perhaps it’s apt that it all comes down to penalties, something else the country has a reputation for – unfortunately similar to its record for caring for hungry kids.