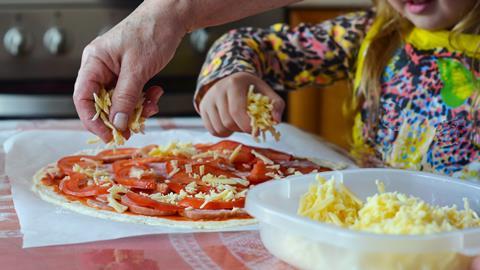 How supermarkets are helping to tackle holiday hunger this summer

As the cost of living crisis mounts, the number of children eligible for free school meals and holiday activities and food programmes has risen by 160,000 in a year to 1.9 million, according to a recent report by the Food Foundation.

And Stephanie Slater, founder and CEO of charity School Food Matters, puts the figure even higher: with the threshold of earned income set at just £7,400, she argues another 800,000 children are living in poverty but ineligible.

So, with the summer break underway, supermarkets are stepping up to the plate, bidding to help tackle so-called ‘holiday hunger’. Some initiatives are linked to the government’s Help for Households campaign, and each is seemingly looking to outdo the other. So who’s pledged what? And just how generous are the schemes?

Asda was first out of the blocks, announcing in late June plans to provide kids aged 16 or under with a hot or cold meal for £1, with no minimum adult spend, at in-store cafés across the UK until 4 September. As rivals have launched their own plans, it’s recently extended the offer to the end of 2022.

Aldi is giving over 700,000 meals to local charities, food banks and community groups across the UK during the school summer holidays via its partnership with community redistribution scheme Neighbourly. At least half of the donations are going to children’s charities.

However, it’s less than the million meals Aldi gave through Neighbourly during last year’s school summer holiday, due to issues ranging from availability to charities’ ability to collect donations.

Lidl launched a £500,000 ‘Lidl Community Fund’ to support its UK network of 1,300 charities co-ordinated by Neighbourly.

“All our stores across the UK are connected with local charities, food banks, community cafés and soup kitchens, where our quality surplus is being put to good use,” says a spokeswoman. “Over 85% of the organisations we work with provide food for children during the school holidays.”

M&S’s Kids Eat Free deal in cafés, which was set to run from 25 July to 12 August, was this week extended to 2 September to cover the remainder of the school holidays. It’s four weeks longer than last year and follows “unprecedented demand”, says a spokesman. A minimum £5 adult spend applies.

During the school holidays, children under 16 can get one free meal with every adult meal valued at £4.99 or more in Morrisons cafés. The same offer was only available after 3.30pm in 2020, but last year had a slightly lower minimum spend of £4.50.

Sainsbury’s has brought back its Feed your Family for a Fiver campaign, which it also ran from 2008-2010, consisting of budget-friendly meal ideas. However, the supermarket has scrapped its Healthy Start top-up scheme, which it ran for six months last year. It supported low-income families to eat more healthily by topping up their Healthy Start vouchers with an extra £2.

Tesco is offering free kids’ meals to Clubcard holders in all 311 of its cafés from 25 July to 26 August. Parents who spend a minimum of 60p on a purchase can claim one free kids’ meal worth up to £3.25, including breakfast, a hot meal deal and cold pick & mix. The minimum spend last year was £3.50 so there’s definitely a greater incentive.

JLP is donating £1m to local charities and organisations helping support families on the lowest incomes across the UK during the summer holidays. It will fund places at holiday clubs, trips, equipment to support fun activities and healthy snacks and meals. JLP made a similar donation last year.

Families who receive Free School Meal Vouchers can use them at Iceland and The Food Warehouse stores until 2 September.

So overall, efforts have increased this year. There has been some backlash from NGOs, who have criticised supermarkets over the healthiness of the meals. But as Slater of School Food Matters points out, many are “making meals available to children for as little as £1”  –  in some cases with no strings attached. And ultimately, that effort has to be applauded.