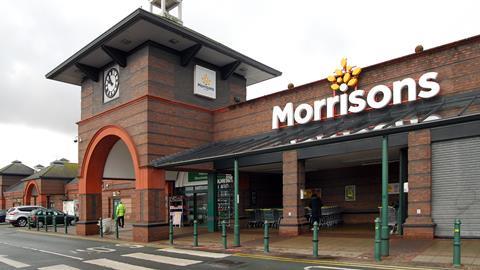 Is Sir Terry Leahy about to make the same mistake at Morrisons as he made at Tesco?

You don’t have to be Logan Roy to realise that succession planning can be a divisive and brutal process. The leaderships of the UK’s biggest supermarkets certainly provide no exception.

Ever since Morrisons’ new owners Clayton Dubilier & Rice (CD&R) won the battle to buy the retailer last year, with legendary ex-Tesco boss Terry Leahy spearheading the successful bid, all eyes have been on what its strategy will be and what happens to the senior leadership team, with CEO (and former Tesco report) David Potts, not far off retirement age (he’s 64), and with a tidy sum of money (up to £22m) in his back pocket from the sale.

So it came as no real surprise when reports emerged at the weekend that CD&R had appointed headhunters to begin a search for a new CEO, with the Sunday Times claiming Potts had indicated his intention to step down in “around two years’ time”.

Not so, insiders at Morrisons have told The Grocer, with reports of Potts’ looming departure “well wide of the mark” and insisting the 64-year-old has made no such remarks.

CD&R has now confirmed to The Grocer that Potts has no plans to retire, amid concern that Potts, who has been at the helm since 2015, is being undermined.

News of headhunters being dispatched into the field is also potentially destabilising for Morrisons’ well regarded COO, Trevor Strain – long viewed as the outstanding candidate to replace Potts when he does decide to step down.

The report also was in marked contrast with an an interview Terry Leahy gave to the Financial Timesthis weekend, in which he was reportedly fulsome in his praise, noting that: “Having spoken with David, he is very excited about the future with Morrisons and wants to be a part of it.”

So matter over, surely. Indeed its Leahy’s other comments that are the more interesting and arguably controversial.

Leahy, whose takeover team is refinancing more than £6bn of short-term borrowing to finance the £10bn acquisition, in the midst of soaring bond yields, outlined plans for more stores, new products, better branding and expanded ecommerce as the means to help generate the additional profit it needs to make.

What was noticeable and surprising was how dismissive of the discounters Leahy was. Against the backdrop of soaring inflation and the growing share of the discounters (after the early lockdown hiatus), some in the credit markets have expressed concern that lumbering Morrisons with so much debt could compromise its ability to compete effectively.

Leahy was sanguine, noting how “the industry and Morrisons [is] gradually recovering its profitability,” and argued that the competitive threat from Aldi and Lidl had diminished.

“We’re probably past the peak of the disruptive effect of discounters… supermarkets have learned how to compete with them.”

Indeed they have, up to a point, but the big four’s share, after that hiatus, continues to fall.

As inflation soars, will Morrisons be able to keep a lid on it? Or will a price gap to the discounters open up further? That’s the £6bn question.