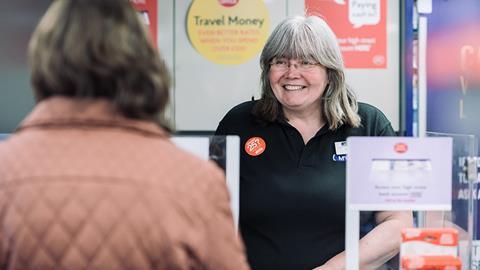 It was a landmark moment that concluded over two decades’ worth of legal action, stress and suffering. Last week, the Court of Appeal overturned the convictions of 39 ex-postmasters wrongfully accused of stealing from the business. The court vindicated the long-held argument of the postmasters – that the shortfalls in accounts were down to the faulty IT system, Horizon, rather than any wrongdoing.

It follows the equally seismic moment in 2019, when 550 sub-postmasters won their High Court case against their former employer over the same scandal, resulting in the Post Office coughing up almost £60m in compensation.

The dispute has been long-running and tortuous, dating back to the introduction of Horizon in 2000. Devastatingly, some of the affected employees died before justice could be served. People’s lives have been systematically steamrollered by the Post Office’s relentless legal proceedings.

Reputations have been left in tatters and mental health hit rock bottom as these victims were identified as thieves and removed from their positions – at best leaving them humiliated within their communities, at worst leaving them destitute or in prison.

Now this cohort wants to focus their energies on holding those responsible to account. Who can blame them?

First in their sights is ex-Post Office CEO Paula Vennells, who served from 2012 to 2019 – right in the eye of the Horizon storm.

It may have taken her all weekend, but in light of the appeal, Vennells resigned this morning from her non-executive positions on both the Morrisons and Dunelm boards – gigs that have reportedly netted her in the region of £120k in the past year.

In addition to that, Vennells has stepped away from her duties as a Church of England minister.

“I am truly sorry for the suffering caused to the 39 sub-postmasters as a result of their convictions which were overturned last week,” she said in a statement. She went on to express her commitment to assisting with the government inquiry.

But that’s unlikely to put an end to the scrutiny. Vennells is now facing questions over her involvement in the scandal, with calls to strip her of her CBE title for ‘services to the Post Office and to charity’. There are even calls for prosecution.

Vennells aside, what comes next will be critical for the Post Office in its bid to rebuild its image.

The organisation is now under new leadership in the form of ex-army CEO Nick Read, who took over from Vennells 18 months ago, just as the Horizon scandal was reaching fever pitch in the High Court. During an interview with The Grocer last year, he made clear that rebuilding trust between Post Office and its postmasters was paramount in its strategy.

Read appears to be staying true to his word. Just last week, the organisation appointed postmasters to its board for the first time in non-executive roles. Incorporating grassroots staff into the boardroom will be a welcome move towards bridging the vast cavern between Post Office and its postmasters, sure.

But Read has a monumental task ahead of him. Not only will he have to deal with the outpouring of feeling in the wake of last week’s decision, but he has also been tasked with turning the Post Office into a profitable business.

His strategy is largely based on growing its franchisee estate by incentivising retailers to adopt an on-site Post Office. For this to work, there needs to be trust. That means both trust in the Post Office’s infrastructure and trust that those in head office will work with postmasters.

Read has taken those all-important first steps. But there remains a mountain to climb, scrutiny still to follow and, worryingly for Read, the rousing sounds of historic scores to be settled.