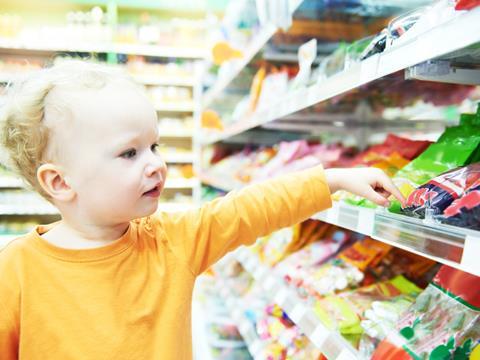 The gloves came off today between industry leaders and the government over the subject of its much-anticipated ban on ‘junk food’ promotions.

In an outspoken attack, FDF boss Ian Wright described the proposals as “choice editing” and “government at its worst”.

With the FDF a possible vehicle for what is expected to be a legal challenge against any government ban on promotions, it was interesting to see Wright’s careful choice of language in today’s speech at the Campden BRI Day Lecture.

Although he held back from using the phrase ‘nanny state’, his speech was clearly aimed at those within the Tory party who believe such an approach would be an example of the nanny state gone mad.

“I was rather shocked when one minister I met recently said that if people didn’t like the taste of reformulated products that was just, ‘first world problems and they need to get over it’,” said Wright. “Actually, it is something else entirely – middle-class people telling working-class people what to do.”

Within the Tory ranks this is the sort of thing guaranteed to trigger fisticuffs over the gin & tonics in the House of Commons bar.

MPs on the health committee recently strongly backed proposals for a crackdown on promotions such as bogofs. But for others in the party there could not be a greater example of interference in choice and the free market than slapping a ban on commercial activity central to companies getting their products to market and deciding what other people should eat.

Over the weekend there were signs the government might be backing away from a fully-fledged ban on HFSS promotions, a political minefield if ever there was one, which could see proposals bogged down in the courts for years.

Read more: The ‘guilt lane’ ban idea is back: it won’t bother retailers

Could it instead be looking at more limited action against “industry at its worst”? This could take the form of bans on guilt lanes and meal deals in certain retail quarters dominated by unhealthy products.

Oh to be a fly on the wall in the offices of the health secretary or the PM as the government draws up its proposals for the Obesity Plan Mark 2.

If it was looking for an easy win on obesity, in the form of a popularist domestic policy to take minds momentarily off Brexit, the government may have bitten off more than it can chew.