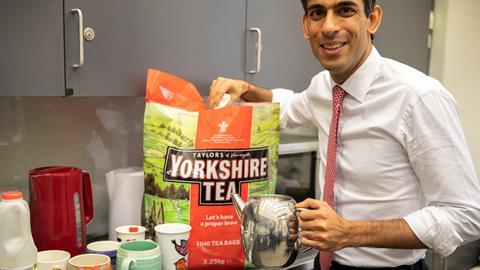 Step by step: how to un-cancel your fmcg brand on Twitter

Picture the scene: you’re a social media manager, it’s half five at night on a Friday and you’ve just closed the lid on your laptop and opened the lid on a bottle of wine. Ten minutes later, everyone you’ve ever known messages in unison to ask if you’ve checked Twitter.

Brilliant. Your timeline’s covered in pictures of Jacob Rees-Mogg reclining in the Commons, stuffing his face with a bag of your ethically-sourced crisps. He’s tweeted saying he loves them, they’re the only crisps he’d ever eat.

Your mentions are filling up faster than the customer review section at Pizza Express Woking. @PatC34 says you’ve lost her as a customer, @crispfan29 is calling for a boycott, and umpteen users with dogs as their profile pictures say they’re going back to Walkers.

In the vernacular of Twitter, you’ve been #cancelled. So what do you do?

This sort of scenario is, unfortunately, becoming an increasingly regular occurrence in post-Brexit Britain – where politicians are dragging much-loved brands into their fight for hearts and minds.

Just look at Yorkshire Tea, which has been battling the proverbial storm in a cup after Chancellor Rishi Sunak on Friday posted picture of himself grinning while making a pre-Budget tea round using the brand’s bags with the caption “there’s nothing like a good Yorkshire brew”.

But don’t panic. Finish that glass of wine – you are going to need it – and start considering your options. Because there are a few tried and tested approaches that we know work.

This popular tactic that was employed best by KFC in the wake of the infamous Jeremy Corbyn badly photoshopped into a chicken suit debacle. The brand quote retweeted and replied (doing both grabs you maximum exposure) with “This is KFC not LBC don’t @ me”. Simple and hilarious, it instantly distanced the brand from any political alliances. An absolute masterclass.

This tactic was used yesterday by Yorkshire Tea amid calls for a boycott of its brand – which was accused of being a Tory-endorsing “parasite”, despite having no involvement in Sunak’s stunt. In the wake of the weekend backlash, Yorkshire Tea wrote a thread reminding everyone there was actually a human being behind the account, that they had nothing to do with the Sunak tweet and that everyone should be kind. Wholesome and effective, it racked up over 100k likes in under 24 hours.

3) Heck it (for emergency use only)

Some believe there is no such thing as bad publicity. So if you are a fan of controversy like sausage maker Heck, just invite Rees-Mogg round to your ethical crisp factory, make a crisp feather boa to wrap round his neck, take loads of pictures and then send them to the press.

Once you’ve picked the response style that’s most on-brand, simply post-it, pour a second glass of wine and wait for the Metro to write about how great your clap-back was. Job’s a good’un.