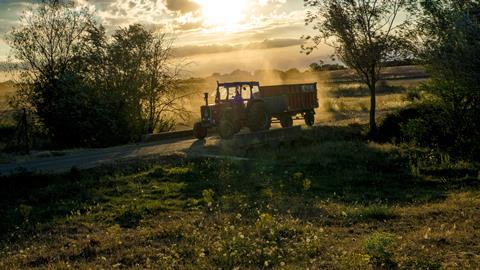 The Defra ‘brain drain’ would be bad news at any time, let alone ahead of a no-deal

Environment secretary Theresa Villiers had lost her voice yesterday. This resulted in the rather surreal spectacle of her being half -heartedly and hurriedly quizzed by MPs on the Efra committee as the clock ticked down to the closure of parliament, even though the list of unanswered questions facing the food and drink industry has surely never been longer.

Villiers admitted, at least, that the UK does indeed face fresh food shortages if there are significant delays at Dover and Calais. But the new secretary of state, who had an urgent appointment on the front bench to watch the PM prorogue parliament, didn’t provide much in the way of re-assurance over the issues at stake.

She failed to provide answers on when the government would publish its reviewed tariff schedule, for example, or how it plans to compensate farmers whose export markets face being destroyed by a no-deal. Nor could she cast light on whether there had been any progress in plans to mitigate chaos at Ireland’s ports, despite yesterday’s visit to Dublin by the PM.

Villiers did, in passing, hint at the rationale for the government’s secrecy.

“We don’t want to unnecessarily unnerve people and prompt the sort of stockpiling which could potentially be disruptive” she told MPs.

Perhaps that explains why the government is so reluctant to publish its Operation Yellowhammer document, despite MPs last night voting 311 to 302 in favour of a motion forcing their hand on the matter.

Surely whatever is in those documents can’t be any worse than what has already been leaked to the Sunday Times – including the prediction that freight flow could fall to as low as 40%-60% of current levels in the event of a no-deal. Can it?

Villiers talks as if the prospect of delays at the ports is still in doubt, even though last week the woman in charge of HMRC’s reporting to Yellowhammer revealed that even the best-case scenarios modelled by the body predicted capacity falling to 80%.

Today former Sainsbury’s boss Justin King put it another way: “As night follows day, if 50% of lorries are delayed there will be gaps on the shelves inside seven days.”

It all makes the current so-called ‘brain drain’ from Defra, just as it had appeared to get its act together, very worrying indeed.

Having left the department to take up his new position as Brexit tsar, Michael Gove is taking several of his special advisers with him, Villiers admitted yesterday.

Questions have been raised about, to name but two, food waste tsar Ben Elliott and Leon co-founder Henry Dimbleby, who was charged with leading the first major review of the food system in 75 years.

So what is the future, post no-deal, of these two projects and the men leading them? All Villiers could say was she was “hopeful” Defra would still be abe to benefit from their advice, and a review was underway into how the exodus of Gove’s advisors was likely to affect the department.

Meanwhile, one of the few long-standing ministers at Defra has also now gone. Thérèse Coffey was yesterday named as the replacement to Amber Rudd as work and pensions secretary, after Rudd quit in protest at the PM’s lack of no-deal preparation.

Her departure means major policies including the environment bill, plus strategies on agriculture and fishing, now either face delay or the axe.

No wonder industry sources are demanding answers from MPs. The trouble is, there’s nobody in to listen.