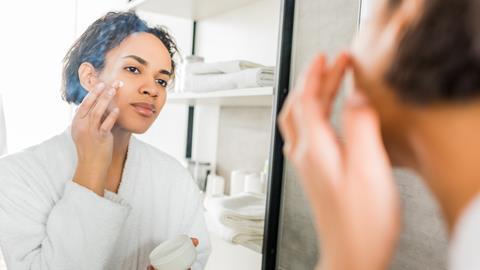 Is Simple set to face the same fate as PG Tips? That’s the question on grocery lips today, following the Sunday Times report that Unilever has launched a strategic review of its personal care offer.

The supplier “is expected to focus on its lower-end brands, which analysts suggested could include the American haircare product Suave and the skincare treatment Simple, rather than better-performing premium brands” according to the Times.

It’s a big move. But not hugely surprising. After all, the company – which last month reported a 33% fall in pre-tax profits – is beleaguered by sluggish growth. As such, CEO Alan Jope told investors in November he’d review the slower-moving parts of the company’s worldwide portfolio.

First up was a widely anticipated strategic appraisal of its global tea business, which includes PG Tips and Lipton. When it was confirmed last month, Jefferies analyst Martin Deboo suggested it could be a “precursor” to further shake-ups.

Disposal programmes are a “continual part” of Unilever’s corporate strategy, a City source told The Grocer in November. So it’s no surprise the stagnant Simple could be for the chop. The brand’s skincare and bar soap ranges in grocery slipped into the red last year in both value and volumes, as smaller, more agile and trendy rivals stole share.

It’s those groovy, fast-growing brands that Unilever wants to possess, to cash in on the consumer shift to products afforded a premium – often through their natural and sustainable credentials.

In fact, Unilever VP for beauty & personal care Chris Barron believes demand for such goods will help return value to the personal grooming category. “These products have now become more mainstream, with sales growing at 9%,” he told The Grocer at Christmas.

And today, City insiders said Unilever “is not trying to make the business smaller, as it is still keen to buy new companies that are growing at a fast rate” the Daily Mail reported.

Fast-rising they might be, but their volumes aren’t anywhere near, say, the 13.6 million packs of soap Dove shifted last year in grocery. Beauty is a serious business for Unilever. Last year, it reported sales of £18.2bn from Simple, Alberto Balsam and the like – equivalent to 42% of the company’s overall revenues. So, whether swapping out established brands for newer models is wise in the longer term remains to be seen.

Unilever won’t speculate on the results of its personal care review – which it expects to take between nine months and a year, according to the Times. Whatever the outcome, however, it’s unlikely to be, well, simple.