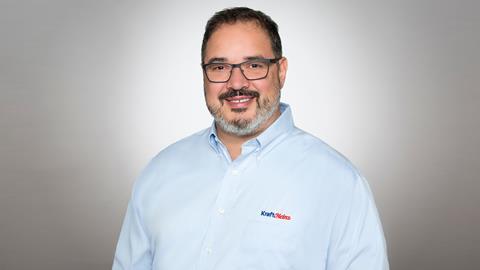 Who is Miguel Patricio and what will the new Kraft Heinz boss bring to the table?

Kraft Heinz switched leaders yesterday after a disastrous fourth quarter – but despite being cut from the same 3G cloth as his predecessor, new chief Miguel Patricio represents a significant change of direction

The packaged foods giant has endured a torrid time so far in 2019. It announced a catastrophic $12.6bn fourth quarter loss in February as it wrote down the value of its Kraft and Oscar Mayer brands, while also slashing its dividend and announcing a regulatory investigation into its procurement practices.

As quarterly updates go, it was about as bad as it gets, so it’s no surprise to see CEO Bernardo Hees paying the price and moving back into the wider group of its investment giant owner 3G Capital.

Perhaps more of a surprise is that his replacement comes from the same stable – with Miguel Patricio, a marketing executive at fellow 3G Capital-run booze giant AB InBev, taking the reigns in July.

But it’s hard to see that strategy as anything but a failure at Kraft Heinz since its 2015 merger. Kraft Heinz has lost around 43% of its value over the past year as the market has lost faith with its corporate mission.

And in appointing a new broom from the same stable it suggests at first glance that the fault lies with the old broom rather than the formula.

Nonetheless, former CEO Hees had earlier signified its strategy would shift to concentrate less on costs and more on growth. And Patricio confirmed as much.

“[Hees] was the first to admit that he was finishing this cycle with the company and that the company would benefit from having a person with a different background to lead it in the future,” Patricio told the Wall Street Journal this week.

Certainly the appointment of a former marketing specialist suggests 3G Capital is serious about its pledge to grow its ad spend to support brands. We’ve seen AB InBev enjoy enormous success with its global advertising sports programmes too.

The question is whether that will be enough to instil life into its tired stable of packaged brands, which have lost their connection with younger consumers – particularly in its North American home.

Kraft Heinz surely needs a fundamental reassessment of its brand portfolio and decisive action to shed long-underperforming brands and to buy in more on-trend growth assets, as the likes of Unilever, Nestle and latterly Coca-Cola have started to do.

The appointment of another long-standing company man doesn’t suggest an introduction of radical new thinking is around the corner.

A number of observers doubt Patricio comes with enough independence from 3G Capital to suggest a clean break with the past. The FT quotes one sector adviser saying: “More of the same won’t work now… The real question is whether their pick for CEO can really impose a new culture and mentality within the firm.”

Conversely, a more optimistic Credit Suisse argued the appointment “demonstrates that the company is very serious about pivoting its priorities toward growth rather than just cost-cutting… Kraft Heinz needs to regain its marketing acumen”.

However, Patricio’s admission that he would look to oversee organic growth rather than pursue large-scale M&A suggests this strategy shift will continue to be incremental, as Kraft Heinz is still held back by its huge debts.

Investors would be forgiven for hoping for something more radical.

The shares barely shifted on the news, losing 9c to $32.90. Patricio will have his work cut out convincing the market that the high priests of cost-cutting have truly changed their tune.