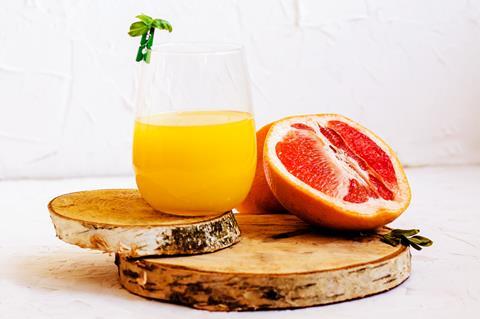 Talk about a fruitless year. Sales of juices and smoothies plunged £90m in 2019, making it the third fastest-falling market in this year’s Top Products survey (after fresh meat and cigarettes).

Both branded and retailer lines felt the pinch. Own label shed £27.5m, while just 12 of the top 50 brands managed to add value.

It’s been “a tricky year” for juice, concedes Ben Parker, Britvic at home commercial director. “Juice drinks have been in a state of flux, suffering from reduced relevance and a perceived lack of value for money,” he says. That has been compounded by “health and wellbeing misconceptions, with concerns over artificial ingredients and sugar content”.

Of Britvic’s biggest brands, Drench and J20 were hardest hit – shedding a combined £6.2m. Drench lost a third of its value, which Parker puts down to lost distribution in the mults. J20 lost a more modest 7.4%. According to Parker, that decline was down to tough comparables with 2018, when sales were buoyed by the heatwave and the CO2 shortage that led to shortfalls of fizzy pop. He says J20 sales are back on the up after the brand recently mounted its ‘Find Your Mojo’ push.

Britvic certainly isn’t in the worst position. The fastest-falling brand in this list is Ribena, which has haemorrhaged £18.1m.

That’s despite owner LRS ploughing £10m into its tongue-in-cheek ‘Blackcurrant Artistry’ campaign for Ribena in spring. Scott Meredith, sales director at LRS, says the ad “has had a strong reception with Ribena’s intended audience” and insists Ribena is gaining share and “over-indexing when compared with the juice drink category as a whole”. At the same time, the supplier is innovating to “futureproof our brands”, Meredith adds.

Moving out of the child-focused juice drink market could prove a savvy move. For rival Capri-Sun has suffered a similarly gruelling £10.8m decline. Owner CCEP says that was due in part to parents being “concerned about the sugar content and artificial ingredients in kids’ drinks”. With that in mind, the Capri-Sun portfolio will next year “contain nothing artificial, as well as offering consumers a choice of low and no added sugar products”.

This health message certainly seems to be hot property. In the category’s troubled top 10, Innocent was the only brand to grow with a sizeable £14.3m gain. That came after the launch of its vitamin-enriched Innocent Plus smoothies in March.

Tropicana had the same idea. As well as Whole Fruit, it added to its functional Essentials range with an Orange, Pineapple, Carrot & Ginger variant that claims to support the immune system. However, that didn’t stop sales falling £7.3m. 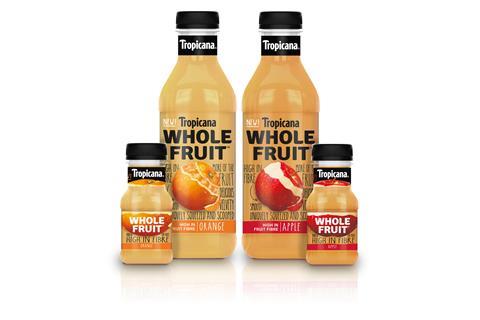 Tropicana’s latest foray into functional drinks with the high-fibre Whole Fruit is a bold attempt at persuading sugar-averse shoppers to drink more juice. The two variants, Orange and Apple, are made from “everything but the pips and peel”, and are billed as containing over 50% more fibre than a typical juice or smoothie. Tropicana may be down in value this year, but it’s this kind of healthy thinking – and premium price point – that could turn its fortunes around.