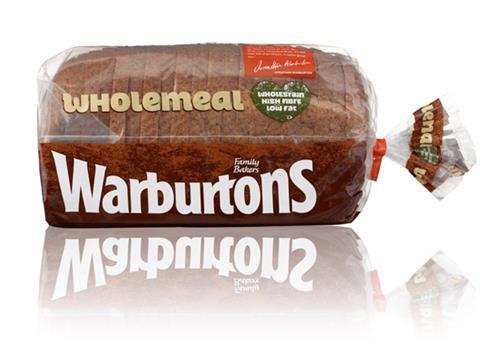 Warburtons has been named as the brand bought by the most consumers most frequently for the second year running in Kantar Worldpanel’s Brand Footprint survey.

The 2014 barometer of the UK’s ’most chosen’ fmcg brands, released today, revealed the family-owned baker was picked an average of 25 times a year by 86% of UK households, making it the best performing brand – ahead of Heinz and McVitie’s – in terms of the number of consumers buying most frequently.

Blog: The chosen ones

Kantar Worldpanel put the brand’s success down to the relaunch of Warburtons’ free-from portfolio in January last year together with the launch of a collection of cakes in November.

In general, the brands that had excelled were those that had invested in “innovation, inspiration and invention”, said Kantar Worldpanel director Alison Martin.

Indeed, NPD drove success elsewhere across the ranking. McVitie’s was the only one of the top 10 brands in Britain to move up this year – rising from fourth to third – boosted by its move into the burgeoning breakfast biscuits sector, while Cadbury Dairy Milk was the fastest riser with almost three quarters of Brits now buying a product at least once a year.

“The likes of Warburtons, McVitie’s and Cadbury Dairy Milk have been disruptive by bringing out new products, creating new occasions and reaching new consumers while remaining focused on their key sectors – bakery, biscuits and confectionery,” said Martin.

“Cadbury Dairy Milk’s Marvellous Creations is a particularly good example of how a new concept, backed by a dedicated marketing campaign, can grab the attention of shoppers and put the brand in front of mind,” she added.

The top 10 UK fmcg brands revealed by the Brand Footprint study are:

Brand Footprint Methodology: Kantar Worldpanel’s Brand Footprint is based on research from 66% of the global population; a total of 956 million households across 35 countries, and 68% of the global GDP. The complete ranking comprises over 200 FMCG categories tracked around the world by Kantar Worldpanel across the beverages, food, health and beauty, homecare, alcoholic drinks, confectionery and nappies sectors. The ranking is based on an innovative metric created by Kantar Worldpanel called Consumer Reach Points, which measures every time a consumer chooses a brand. The data for this year’s ranking was collected over the 52 week period between October 2012 and October 2013. All data relates to purchases that are brought into the home.