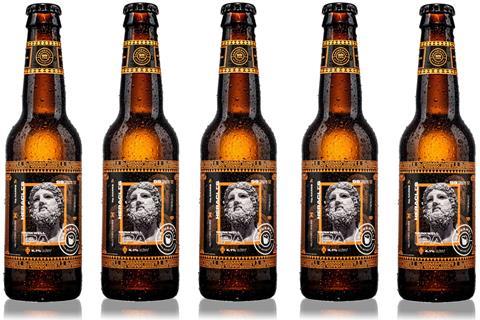 The vegan drink (4.1%) has rolled out directly through Drinkwell, but founder Tom Bell said he was hoping to grow its presence into wider retail.

The drink maintained the “classic IPA flavour profile”, he said, and would tap “a rapidly changing market which is ever-adapting to modern ‘healthier’ consumers”.

The label features the Greek god Heracles, and carries a QR code with which drinkers can “learn the story of the Greek gods and the mythology surrounding them”.