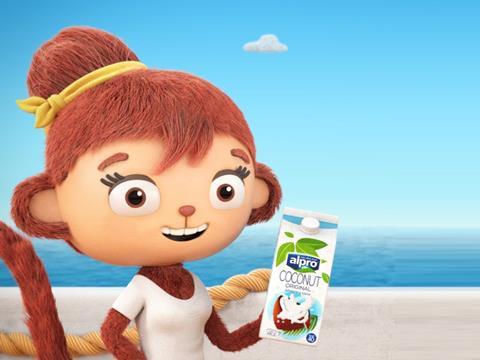 Dairy alternatives have hit the big time. For proof, look no further than The Grocer’s 2014 list of Britain’s 100 Biggest Grocery Brands. For the first time, it featured a dairy-free brand - Alpro, at number 100.

Expect a higher ranking next year, the brand says. “More than 4.7 million households now buy plant-based food and drink regularly; we expect this trend to continue as consumers become more aware of what is in their food,” adds a spokeswoman, pointing to the brand’s 14% value growth over the past year [Nielsen 52 w/e 26 April 2014].