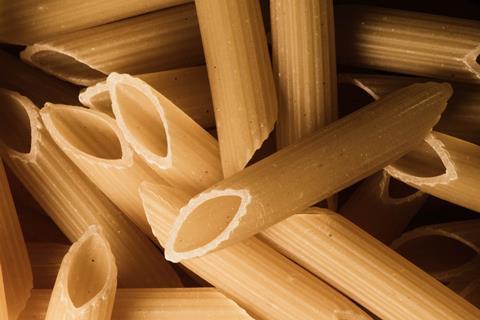 “There has been an approximately 90% increase in raw material prices as well as increases in freight”, according to Eurostar director Jason Bull

Supermarkets are set to face pasta shortages after Canada slashed its durum wheat harvest forecasts, plunging the sector into an “emergency situation”.

The Grocer previously reported that pasta prices were set to surge amid dwindling global supply of durum wheat in Europe and North America, and surging costs in the supply chain.

The situation has now worsened, according to Eurostar Commodities, with Canada revising its forecasted harvest down to 3.4 million tonnes. When The Grocer last reported on the issue, data from StatCan had put the harvest at less than 4.2 million tonnes.

The market was “completely out of control and as a result there has been an approximately 90% increase in raw material prices as well as increases in freight”, said Eurostar director Jason Bull. “This is a dire situation hitting all semolina producers and all buyers of durum wheat across the globe.

“Companies are buying at record high prices and farmers are holding on to wheat and driving the price up. We expect to see shortages on supermarket shelves and increasing prices, which will ultimately be passed on to consumers.

“We may also see substitutions whereby pasta will be produced with soft wheat flour rather than hard durum wheat.”

European high-protein durum prices, meanwhile, have surged from €590.50 per tonne on 5 August to €760.50 as of 2 September, according to weekly data from the Bologna Commodities market index.

The increase “has had an immediate impact on production costs”, said Filippo Berio CEO Walter Zanre. “What is causing pasta producers a major problem is that wheat contracted for delivery at €500 per tonne is not being delivered unless the new higher price is paid.

“The wheat content represents over 60% of pasta production costs, so producers will need to increase prices by approximately 25%. And that is at today’s prices. There is talk of high-protein durum wheat breaking €1,000 per tonne.”

Natasha Linhart, CEO of Italian pasta supplier Atlante, added: “We’re in a situation now where the Canadian farmers have defaulted on their contracts because they don’t have sufficient product.

“As a consequence of that, the millers in Europe, and in Italy, the biggest producer of pasta in the world, both for its own consumption and export industry, have defaulted too.”

Factoring in a rise in the cost of transporting goods, it amounted to a “perfect storm”, she said.

“The large sea freight Panamax vessels which transit from North America via the Panama canal are charging 10 times or even 20 times the received prices for shipping slots because there’s just not enough product to make the transits viable.

“This is definitely going to have an impact on high street prices, maybe not immediately, but we suspect that it cannot resist for more than a month or two.”