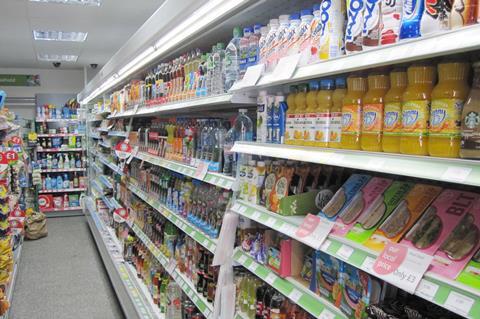 IGD said co-operatives, other multiples and symbols in particular would benefit from strong store growth

The UK convenience market is poised to grow to £48.2bn by 2024 - an increase of £6.9bn - but not before a period of consolidation over the next two years, IGD forecasts reveal.

Lots of new stores would open, which would help fuel a compound annual growth rate of 3.1%, the food industry research and training charity said.

The forecast, however, assumes an orderly Brexit as well as a moderate growth scenario.

Patrick Mitchell-Fox, senior business analyst at the IGD, said key segments of the convenience market - in particular co-operatives, other multiples and symbols - would benefit from strong store growth again from 2021.

But the IGD expected the next two years to result in “relatively muted” store development across the sector as a whole during a period of consolidation.

“This growth is being led by the co-operatives segment above all, driven not only by a focus on opening new stores, but also by outstanding like-for-like performance underpinned by strong private label development, better fresh and chilled ranges and more competitive value.”

Multiples were still enjoying “solid” growth, but were opening new stores at a more modest pace, targeting only those sites with the best potential.

“Meanwhile, after a year of slower growth, the symbols segment is beginning to pick up again, though it remains restrained as it stabilises after a period of notable disruption and instability.”

They are: driving top-up shopping, attracting new shoppers and what it called “evolving the mission-based” shop.