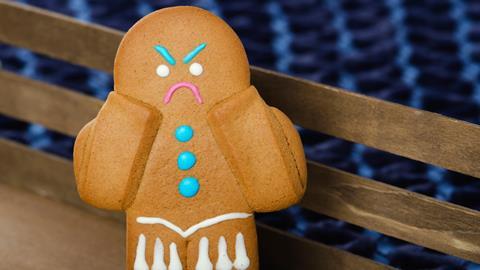 Is a VAT shake-up the right way to fight obesity?

As a result, the CMO’s plans for a radical shake-up of the VAT system to incentivise consumers to buy healthier food were largely passed over.

Yet some believe the proposals could be a more effective and less regressive fiscal measure than expansion of the sugar levy beyond soft drinks.

So what are the “anomalies” in the VAT system highlighted in the report? And could VAT be turned into a weapon in the war on obesity?

Davies’ report calls on the government to conduct an urgent review of VAT rates on food and drink once the UK leaves the EU, in a bid to “rebalance” the cost in favour of healthy products.

She recommends making all healthy food “zero VAT” and not only slapping VAT on all unhealthy food but devising an unspecified “super” rate for the most unhealthy, to be used to subsidise fruit & veg.

The report lists what the CMO claims are the “clear anomalies” in the VAT system. These include products such as mineral water, frozen yogurt, vitamins, minerals, fish oil supplements and muesli bars all carrying 20% VAT, whereas zero-rated products include salt, sugar and cakes.

The CMO also calls for an end to the exemption on food from takeaways, which currently escapes VAT if consumed off premises. A recent survey in Liverpool found a quarter of all takeaway meals exceeded 1,800 calories - or three times the recommended meal size.

However, the idea of expanding VAT’s reach to cover health has been looked at before and dismissed as too complicated.

The Mirrlees Review in 2010, conducted by a group of tax experts for the IFS, found such proposals would be “much more complex” than other measures such as taxing alcohol and tobacco, and stressed the huge complications the government would face if it tried to tinker with VAT while in the EU.

EU membership involves “explicit limits on the ability of countries to alter their VAT rates” it says. “This reflects the fact that an open market in goods requires some kind of system for dealing with differential tax treatment of goods across country borders.”

Indeed, the Treasury stresses that since 1991, under EU law, no additional 0% rates have been permitted and no goods that are now 20% can be reduced to 0%. A reduced 5% VAT rate was introduced in the UK in 1997, but a VAT lock has been imposed by the UK government since 2015, meaning the standard and reduced rates cannot rise.

The Mirrlees Review found that not only does the UK already apply a zero rate of VAT to “far more goods and services than most other countries”, but “using reduced and zero rates of VAT (for example on food)” was “expensive and highly inefficient”.

And crucially it identified the job of classifying foods as healthy or unhealthy as a minefield. “Moderate consumption of most foods is beneficial,” it says, adding there would be “extreme difficulty in defining a category of fattening or harmful foods different from all others”.

“There are serious complications to using VAT as the CMO suggests,” says one economist. “What products are included and who decides what those products are, and on what basis are they included in the tax base? Should it be based on sugar content or should the tax also cover processed food, or pizza or burgers?

“Then there is the issue of subsiding healthy foods. Which foods would be subsidised, by how much, on what basis would the producer or seller receive the subsidy and what happens if the revenue from higher VAT on unhealthy products does not raise as much as anticipated - does the subsidy fluctuate as well?”

Yet such questions have not stopped some academics getting excited about Davies’ ideas.

“The VAT proposals are by far the cleverest part of her report,” says Professor Jack Winkler, former professor of nutrition policy at London Metropolitan University.

“It’s not only clever from a health point of view but from a media/politics point of view too. The CMO knows that Boris Johnson is opposed to sin taxes, yet the success of the sugar levy has clearly shown that you achieve shift by having a price differentiation between products that are healthy and less healthy. Here we could have a cost-neutral solution.”

Dan Parker, founder of the campaign group Living Loud, suggested health-oriented reform of VAT to the House of Commons health committee inquiry on obesity last year. He believes the government nutrient profiling model could be used as “the perfect model” for a tiered approach, adding up to a third to the price of products high in fat, sugar or salt, while reducing health products to zero VAT.

“I’m not a massive fan of tax or increasing the cost of food but the soft drinks tax has shown that price is the key driver,” he says.

Yet the profile model itself is no stranger to controversy - a revised version adapted by PHE to include new sugar guidelines has yet to see the light of day amid fears it will in some cases unfairly tar products as ‘junk food’. The DH has said it will use the old model, dating back to 2004, for its proposed clampdown on HFSS promotions in store.

Attempts to shake up VAT, many believe, would see a huge row among suppliers whose products end up being dragged down.

The FDF this week refused to even comment on the proposals, saying they lacked detail, and sources suggest PHE has little appetite to take up VAT reform, given its struggles on reformulation.

However, UK Hospitality CEO Kate Nicholls welcomes the idea. “We would certainly be interested in exploring options to reduce costs for businesses providing healthy food and drink for customers,” she says. “Many businesses have been hammered by increasing costs, so making it cheaper and easier for them to provide healthy options would be a good move.”

And with the latest updated National Child Measurement Programme figures showing over 20% in year six are obese, campaign groups say VAT needs to be looked at urgently.

“There are strange anomalies in the current system which make little sense on health grounds - we can and should correct these,” says Anna Taylor, executive director of the Food Foundation.

“We want healthy and sustainable food to be more accessible, affordable and appealing than unhealthy food,” says Barbara Crowther, co-ordinator of the Children’s Food Campaign. “And there is a precedent - Romania has recently announced it will reduce VAT on healthy foods from 9% to 5% specifically to incentivise healthier, sustainable and traditionally grown food items.”

The campaign group #DontTaxHealthy, launched in 2017, calls for a 5% rate on all reduced sugar or calorie products currently charged 20%. The group says it’s time the list of “potty” examples of VAT discrepancies is addressed, with its research claiming 40% of 18 to 34-year-olds say they cannot afford healthy food and drink.

Yet what are the chances of the government launching a major overhaul of the UK’s tax system any time soon? It took five years to bring in a sugar levy on soft drinks, just one category. Amid the chaos of Brexit, a straightforward shake-up of VAT - as some suggest it will be - could prove as much wishful thinking as persuading the guy opposite on the Tube to stop tucking into his coronation chicken sandwich.

VAT anomalies on food and drink 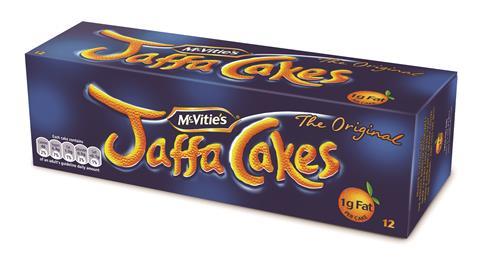