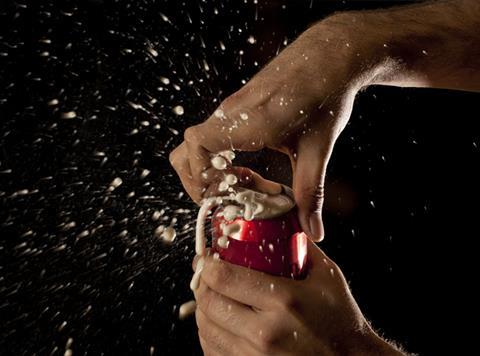 Reaction to the House of Commons’ health committee report on childhood obesity has been flooding in, including plans for a sugar tax. Here’s what industry figures have to say.

“It’s disappointing that the Committee has missed its chance to add a robustly independent voice to the obesity debate,” says Ian Wright, director general of the Food & Drink Federation. “The Committee has swallowed whole the agenda of the pressure group Action on Sugar. Their Report also simply endorses and reproduces at great length the recommendations already made by Public Health England.

“The fact that the Report calls on manufacturers voluntarily to label ‘added sugars’ in products, in the form of a teaspoon graphic, when to do so would be illegal, is characteristic of a worrying lack of understanding.

”Consumers already pay billions in VAT on food and drink. As a result of the arbitrary new tax recommended by the Committee, which, if introduced, would inevitably be increased year-on-year and extended to other foods, would leave consumers paying significantly more, every week, for the products they love.”

“David Cameron and Jeremy Hunt ruled out a duty on sugar-sweetened drinks before the election without waiting for, or reading, the compelling evidence from Public Health England,” says Professor Graham MacGregor, chairman of Action on Sugar.

”Both argue that a ‘sugar tax’ is regressive and affects the poor more than the rich – an argument which has been repeated by the Right Wing Think Tank, the Institute of Economic Affairs, who have received funding from the tobacco, alcohol, food and soft drink companies.

“We agree with the Health Committee’s report that there needs to be a greater focus on sugar as well as its conclusion that any measures on sugar need to be set within a wider obesity strategy, points we made when we gave evidence to it,” says Andrew Opie, director of food and sustainability at the British Retail Consortium.

“We support mandatory sugar targets and we were a little surprised the Committee had suggested pursuing them through a voluntary mechanism, we don’t believe that will work”

“On reformulation, we support mandatory sugar targets and we were a little surprised the Committee had suggested it was worth, initially at least, pursuing them through a voluntary mechanism, we don’t believe that will work.

”On promotion and marketing, it is not clear how the price controls would work, particularly as the scope is enormous covering all HFSS products. Again, we see no likelihood of this being agreed through a voluntary mechanism and would have to be an issue for the Government to regulate; although we would expect the Government to base any regulation on more substantial evidence than currently available and to have carried out a full impact assessment to understand how consumers are affected.”

“This was not an inquiry in the conventional meaning of the word, “said Gavin Partington, director general of the British Soft Drinks Association. ”It was part of the PR campaign by the health lobby to persuade Ministers to introduce a tax on soft drinks.

”By its own admission the Health Select Committee is merely proposing this tax because it’s easy to do yet there is no evidence worldwide that such a tax has an effect on obesity.

Our industry has led the way… and has reduced calorie intake from soft drinks by 11% in just 4 years.”

“It is disappointing that the recommendations in the Health Select Committee’s report on childhood obesity focus so heavily on sugar, because this over-simplifies an extremely complex issue,” says Katharine Teague, head of advocacy at AB Sugar.

“We agree that the obesity crisis requires ‘bold and urgent action’ and that we all have a role to play in solving this issue.

“We also agree that measures to reduce calorie intake, including sugars, can help people to lose or control their weight.

”What is required is a broad policy approach developed by a cross-disciplinary taskforce, with the implementation of holistic measures based on robust scientific evidence”.

“The causes of childhood obesity are complex and difficult to tackle,” says Rob Lyons, campaigns manager at Action on Consumer Choice. ”But the effect of a sugary drinks tax is quite simple. It will force everyone, regardless of their weight or health, to pay more.

“Poorer people will be forced to choose between sacrificing more of their limited income or effectively facing a soft drinks prohibition. That is patronising, unfair and illiberal and, in all probability, utterly ineffective.”

“The Government needs to be ‘big, bold and brave’ in its strategy to tackle obesity, and the Health Select Committee’s report is the latest to say it,” says Ben Reynolds, deputy co-ordinator at Sustain.

“Public Health England, the health and medical professions, and now this committee of politicians have looked at the evidence and made very similar recommendations. All of them call for a sugary drinks tax, and for stronger regulation on advertising, marketing and reformulation; policies which through our Children’s Food Campaign we have been championing for years.

“To ignore these calls now, with the weight of evidence and the breadth of support behind them, and their proven potential for improving the health of the nation and its finances - would raise doubts over the Government’s commitment to taking meaningful action.”