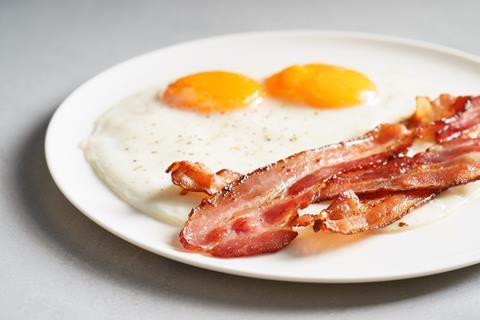 The censorship by TfL of Farmdrop’s ad is a blatant example of the confusion, and consequent health damage, that nutrient profiling causes

What more graphic illustration of the folly of our government’s nutrient profiling model could you get than the censorship by Transport for London of Farmdrop’s advert?

The company had to crop eggs, butter, and bacon from its image of a family table because they were “not high fat, sugar, and salt (HFSS) compliant” and therefore, junk foods in government and TfL terms.

This censorship is a blatant example of the confusion, and consequent health damage, that nutrient profiling causes.

Eggs, along with liver and sardines, are probably the top three most nutrient-dense and affordable foods we can possibly eat. The unscientific conspiracy to portray butter, and indeed all satfats, as artery-clogging, though it hangs on for grim life, has been widely debunked. Despite the persistent smear campaign against it, there’s no gold standard evidence that good-quality bacon, eaten in reasonable quantities, does us any harm.

More from Joanna Blythman: We should resist the diet diktats of the nanny state

And what is this constant vilifying of valuable animal foods doing to us? On government orders, many elderly people reluctantly eat low-fat spread instead of butter, yet the brain is principally composed of fat and water. We should be asking whether this ludicrous ordinance is depriving older people of the healthy fats they need to feed their brains, and contributing to a rise in dementia and Alzheimer’s.

How many now osteoporosis sufferers cut back on calcium-rich dairy foods because they have been told that the fat in them was bad? What of all those young women who, through a frightening combination of anti-animal food and anti-satfat messaging are steadily depleting their already low levels of heme iron and vitamin B12? What impact might this have on their infants? Deficiencies in these key micronutrients are a known risk factor for many maternal and foetal complications.

I don’t blame London mayor Sadiq Khan particularly. He’s simply negligent for going along uncritically with the faulty government line. This is known as the Dunning-Kruger effect, a state when people don’t know enough about something to understand why the things they think can’t possibly be correct. We can’t expect politicians to research every proposition from scratch, but when they ban highly nutritious natural foods on the basis of dangerously bankrupt guidance, we have a right to get angry.