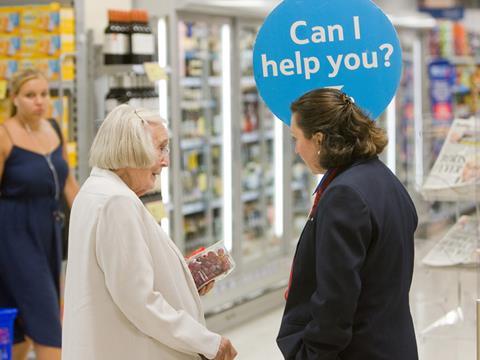 Retail ranked bottom of the league table compared with other sectors

The index, in which a score of 50 is neutral and anything below is a decline, fell from 43.9 in June to 39.8 the following month, the Report on Jobs research showed.

The number of temporary retail positions available in July also dipped, extending the current sequence of decline to six months.

However the fall in July was softer than in June with the index standing at 44.6 and 43.4 respectively.

Retail ranked bottom of the league table compared with other sectors.

Paul Martin, KPMG’s UK head of retail, warned the findings made for “sobering reading, especially given that retail is a key provider of employment across the UK”.

“Employment prospects in retail naturally go hand-in-hand with the health of the sector more broadly, but as has widely been reported, it’s faced considerable turmoil for a prolonged period of time now,” he said. “Indeed, the BRC-KPMG Retail Sales Monitor pointed to record low growth of retail sales in May, June and July this year, and when coupled with ever-rising costs, overheads including headcount have understandably required a rethink.”

Of 124 retail workers who responded to a KPMG poll in April 2019, 35.5% cited locality as the main reason for their attraction to the role, compared with 17.7% who said they had genuine interest in the job.

“An important role in stimulating retail demand will be people working in the sector,” Martin added.

“As retail undergoes its structural changes and reinvention, we will see high demand for skills that can help it advance. From exemplary customer experience professionals to digital-savvy data analysts, more needs to be done to attract the next wave of talent into this much-loved industry.”