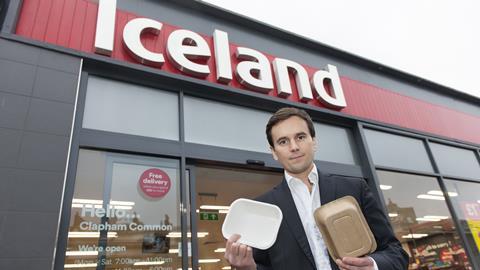 Can Iceland offset its way to becoming plastic neutral?

The supermarket is investing £1.7m in collecting and recycling

Iceland has a new weapon in the war on plastic: offsetting. The supermarket announced the approach earlier this month as it revealed that, despite ongoing efforts, it may miss its target of eliminating plastic across own label by the end of 2023.

The supermarket is working with Seven Clean Seas, a Singapore-based business recovering plastic pollution from rivers and coastal areas in developing countries. Partners buy credits, each representing plastic collected, which are taken as offsetting the same weight of plastic from their footprint.

Iceland’s £1.7m investment will make it “plastic neutral” from next year, according to the retailer.

Not everyone was convinced. Greenpeace senior plastics campaigner Nina Schrank called it “little more than a creative accounting trick”.

Greenpeace’s objection is that not all the plastic collected will be recycled and therefore it is not going plastic neutral. “The vast majority, if not all, of the degraded and mixed plastic waste that is collected from our environment through this scheme will end up right back in the environment – via landfills, incinerators or dumped, via exports to other countries,” according to Schrank.

Campaign group A Plastic Planet, which has heaped praise on Iceland’s other plastic initiatives, also has reservations. Recycled plastic itself may go “back in the bin, back in the landfill, incinerator or the container ship for some other country to deal with”, says co-founder Sian Sutherland.

“If, for example, we pay for a recycler in a village in Indonesia, you could argue it’s exponential in terms of the amount of plastic it will recover, because they can go on doing that”

Seven Clean Seas sorts collected plastic and diverts it for recycling “where possible”. How much gets recycled is unclear, though example data on Seven Clean Seas’ website suggests a single-digit percentage. Out of 10,451kg collected over eight weeks of beach cleaning in Indonesia last July and August, 775kg, or 7.4%, was recycled.

Seven Clean Seas says the data is historic and relates to mainly unrecyclable plastics (it included drink bottles, flexible plastic wrappers, carrier bags, nappies, straws, cups and plates, according to the website). Consequently the figure is low. Recycling rates for Iceland will depend on the accessible infrastructure in the project locations, which are yet to be determined.

Seven Clean Seas adds that it does not support the export of waste from one country to another, and where any goes to landfill, it is to government-managed sites only, ensuring it will not return to the natural environment.

Other end of life solutions for non-recyclable plastic could include depolymerisation into feedstock, pyrolysis into fuel, or upcycling, again depending on the accessible processing infrastructure. As an example, Seven Clean Seas says it is conducting R&D into upcycling into building materials for humanitarian purposes.

Iceland MD Richard Walker says the work is also “empowering and enabling communities to go on recovering and recycling plastic”.

“If, for example, we pay for a recycler in a village in Indonesia, you could argue it’s exponential in terms of the amount of plastic it will recover, because they can go on doing that,” he says.

Iceland’s involvement means “they get scale and it will last a long time” and reach new regions. “Given that amount of tonnage – around 7,000 tonnes – they will have to spread that over an array of projects.

“They will look at countries with high waste leakage, ie poor recycling infrastructure, so India, maybe Brazil, and they will partner with the local communities and municipalities.”

Walker adds: “This is not about recycling instead of reducing plastic. We are totally focused on plastic removal.

“But as we work towards that commitment, we will also additionally ensure that we recover and [where possible] recycle nature-bound plastic pollution which is the equivalent of our remaining plastic footprint.”

Walker is writing to other supermarkets urging them to start offsetting too.

Sutherland, while keen to emphasise her respect for Iceland’s wider plastic work, sees a danger. “We cannot allow plastic offsets to be an acceptable way to hit targets for other supermarkets,” she says.

If they can do both, as Walker says Iceland is, there should be no cause for concern. But with one offsetting the other, how easily can doing both be measured?