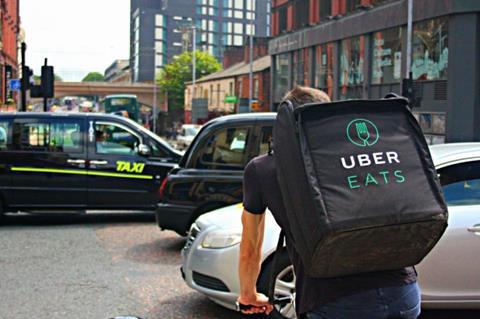 Iceland has quietly expanded its Uber Eats 20-minute grocery delivery trial, taking the service beyond London for the first time.

The trial was first launched from a Hackney branch in September last year, and had reached two more stores, in Kentish Town and Islington, by January. It is now available from 20 stores in total, taking it as far beyond London as Letchworth in Hertfordshire and Colchester in Essex.

It is also in several places south of the Thames for the first time, as well as additional stores in north, east and west London.

About 250 Iceland products are available to choose from via Uber Eats’ app or website, across categories including fresh meat, fruit & veg, dairy, food cupboard, household, ready to eat and frozen.

Online has been a big focus for Iceland during the pandemic. As well as launching on-demand delivery for the first time, in the Uber Eats trial, the frozen food retailer has dramatically grown its scheduled delivery capacity, fulfilling orders predominantly by picking them in stores rather than warehouses.

“This latest trial extension is just one example of how we are innovating our delivery service, offering enhanced convenience to our customers in partnership with Uber Eats,” said an Iceland spokeswoman.

“We are looking forward to seeing the results of the trial and taking these forward to ensure we continue to meet customer demand and provide the best possible experience through our delivery service.”

“The addition of these new stores will provide greater convenience for customers across the country at a time when home delivery options are so important.”

Iceland is one of a number of supermarkets to launch on-demand delivery during the pandemic. Rival discounter Aldi has been partnering with Deliveroo for about a year, in a trial that had reached roughly 130 stores by Christmas.

Last September, as Iceland first announced the Uber Eats trial, the retailer’s MD Richard Walker said it had also increased its scheduled delivery capacity by 300% in the previous 12 months, to a potential 750,000 deliveries a week.

Here are the locations of the 20 Iceland stores now in the Uber Eats trial: