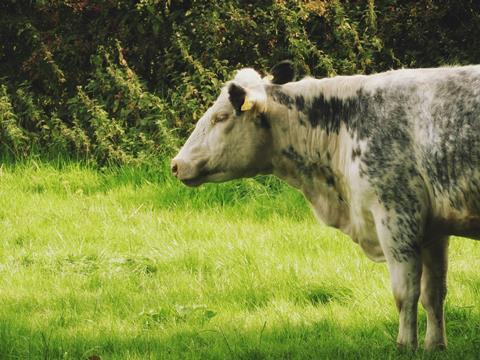 According to Boris Johnson, the UK is “leading the world in the race to net zero”. That was his message as he launched the government’s much-anticipated Net Zero Strategy this week. It’s hardly the first time Johnson has claimed the UK is world-leading – and, once again, his claims have come under scrutiny.

While there are some positives – the new investment in low-carbon farming and agricultural innovation, for one, and the commitment to food waste collections from 2025  – the strategy has been accused of making “vague statements”.

It’s also failed to address the elephant in the room: the consumption of meat and dairy. A blueprint that gave advice on reducing public meat consumption was reportedly deleted – despite the Climate Change Committee and Henry Dimbleby calling for a sea change in eating habits.

It could, however, turn out to be irrelevant. The industry has been forging its own path, with initiatives such as The Co-op’s plant-based Gro range (priced on a par with meat) and Tesco’s pledge to hike sales of meat alternatives by 300% by 2025.

The same could be said for the government’s 2050 net zero target date. Many in the industry are striving to beat that target by a long shot – with B Corp-certified food and drink businesses setting themselves a deadline of 2030 (while Innocent this week told The Grocer it has brought forward its target to 2025).

In larger operations, that’s harder to do. So Tesco’s commitment to become net zero across its entire value chain by 2050 is still a big step. What’s interesting here is that the latest phase in its plans is reliant on third parties, rather than its own operations, as it focuses on so-called ‘scope 3’ emissions.

To cut these, it’s asked suppliers to establish their own net zero ambitions and science-based targets. As the letter suggests, many will have done so already. But let’s not forget suppliers will have their own ‘scope 3’ emissions to record and reduce, which requires collaboration in their own supply chains.

It shows that if we really are to ‘lead the way’ in carbon reduction, collaboration will be more important than ever – and it will be the industry taking the lead, rather than government.