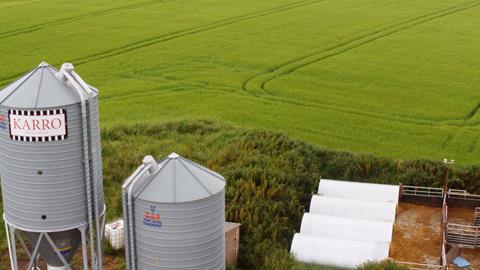 CapVest has sold Eight Fifty Food to Canadian giant Sofina for about £1.2bn, less than two years after creating the group. How has it managed it?

Plant-based pioneers have continued a seemingly unstoppable assault on the meat industry this year as they lure away more consumers with alternative sources of protein.

And as each week brings yet more headlines of money pouring into vegan brands, you could be forgiven for thinking investors had forgotten about old-fashioned meat processors.

So, the surprise takeover of Young’s and Karro owner Eight Fifty Food Group by Canada’s Sofina Foods, in one of the biggest food deals of 2021 so far, is a timely reminder the battle to provide shoppers with protein is by no means a one-sided fight.

But who is Sofina? What is the appeal of Eight Fifty? And how did Eight Fifty owner CapVest take Karro, a once-struggling pork producer, turn it into a profitable, mixed-protein group with more than £2bn in annual revenues in four years, and then flog it?

Sofina’s swoop caught the industry off-guard: CapVest had long been expected to announce an IPO for Eight Fifty this year. But as a dealmaker points out, a sale to a strategic buyer was always a better outcome for the PE owner in terms of valuation.

The terms of the deal remain undisclosed, but The Grocer understands the price tag was around £1.2bn, providing a healthy EBITDA multiple and a stellar return for CapVest.

“It is a better outcome for CapVest as there are various hoops to be jumped through for an IPO that can be quite onerous,” the dealmaker adds.

Sofina Foods founder and executive chairman Michael Latifi has shown an appetite for M&A over the past 25 years, building Sofina into one of Canada’s largest food producers, with revenues of about CA$2.6bn (£1.5bn).

And with traditional protein experiencing a boom in the UK, as locked-down consumers turned to steaks, fish fillets and fry-ups for breakfast during the pandemic, an extra £618m flowed into the fresh meat, poultry and fish categories in 2020, a rise of almost 8% and a stark reversal in fortune from big losses in 2019, according to The Grocer’s latest annual Top Products Survey.

“We’ve seen punchy valuations in the plant-based space, but the background of retail demand for meat in the UK during Covid, as well as the continued strengths in exports, proves there is still good value to be had in traditional protein,” a senior meat industry source says. “Investors still see value in the protein processing industry and there is a good pipeline of growth for Sofina to go after. There will be a lot of confidence to take it forward in the UK and on the international side.” 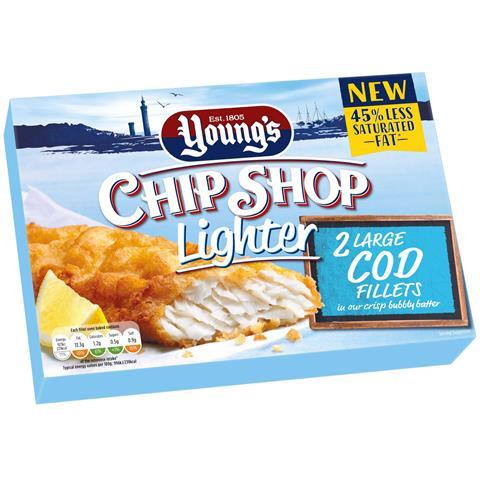 2017: CapVest takes pork processor Karro Food Group off the hands of PE owner Endless for £180m in a management buyout

2019: CapVest completes the acquisition of Young’s Seafood for around £200m, leading to the creation of Eight Fifty Food Group. The newly combined group has revenues of £1.2bn and employs more than 5,000 staff across the UK and Ireland

2021: CapVest kicks off the new year with the acquisition of Carroll’s, a leading producer of cooked meats and convenience food in the Republic of Ireland, creating a vertically integrated Irish business of considerable scale

CapVest’s Eight Fifty platform, created in 2019 by combining Karro with Young’s, has been well-placed to benefit from the Covid tailwinds as it straddles multiple categories.

“It is a great defensive investment as shoppers can trade up or down readily through the category from premium bacon and sausages to fish fillets, fish fingers and cooked ham, which is important given the current economic instability and uncertainty facing consumers,” the meat industry source says.

Add soaring demand for frozen food – with Young’s even outperforming the 14% category value rise for frozen fish [Kantar 52 w/e 27 December 2020 and Nielsen 52 w/e 26 December 2020] – and it is not hard to see the attraction for Sofina.

“Eight Fifty provides an immediate scale play and is a business that is performing really well,” a City source says. “There will be some synergy opportunities as well, such as pushing more into the US for Young’s, but the primary driver for the deal is a very strong business in a new geography.”

Another dealmaker adds European processors are well regarded by the big North American players and seen as a route to creating a global platform for growth.

“Eight Fifty also brings access to the Asian market, with Karro strong in China, as well as having a very good reputation in North America for its antibiotic-free pork.”

It’s a far cry from Karro’s early days under PE ownership. Another PE firm, Endless, had put in the hard yards when it created Karro in 2013, backing the management team of Di Walker – then Karro executive chair, now Eight Fifty CEO – to split off Vion’s loss-making UK pork business. Endless invested in the manufacturing capability and international expansion to turn Karro around, leading to a £180m secondary buyout by CapVest in 2017.

CapVest, which also created Valeo Foods in 2010, showed its ambition for rolling up assets to create a bigger protein platform in 2016 when it looked at combining Karro with chilled supplier Addo Food Group. But the deal failed to get past a number of obstacles.

“From the outset with Karro, CapVest had a plan to create a new multi-protein consolidation platform, similar to Cranswick,” a City source says.

But it wasn’t until 2019 that the transformational piece of the puzzle fell into place, with the CapVest takeover of Young’s leading to the creation of Eight Fifty Food Group.

Young’s had endured a tough few years following the loss of a major contract to supply salmon to Sainsbury’s in 2015, sending the producer into the red. It was also hampered further by a complicated financial and ownership structure, controlled by an investment vehicle backed by Lion Capital and its partners HPS Investment Partners and Bain Capital.

The business has since flourished under Walker’s “phenomenal” management, leaning on the same principles used with Karro, a dealmaker says.

Walker also brought in Seachill boss Simon Smith, who had a reputation of working well with the major supermarkets, to lead Young’s.

“They did a fine job of improving profitability at Young’s through clever supply chain management,” the dealmaker adds.

“CapVest has a knack of picking up under-invested and unloved businesses and, with hard work, turning them into a great business.”

Looking to the future, many questions remain, especially around the ambitions and intentions of Sofina.

“They are not a name the industry over here knows all that well and there is something of a mystery around what their plans are,” a senior meat industry source says.

A City source adds the newly combined CA$6bn (£3.5bn) group is expected to be a platform for consolidation, but next steps are unknown.

Eight Fifty is understood to have been a leading contender to buy Kerry’s consumer division, which the Irish giant is currently trying to offload.

“If I was Kerry, I would be nervous about keeping Eight Fifty interested,” a City source says. “This is a first step overseas for Sofina, so buying Kerry would now seem very unlikely. It will get its feet under the desk at Eight Fifty and get comfortable for a while, but it is definitely a natural consolidator. It is just a matter of timing.”