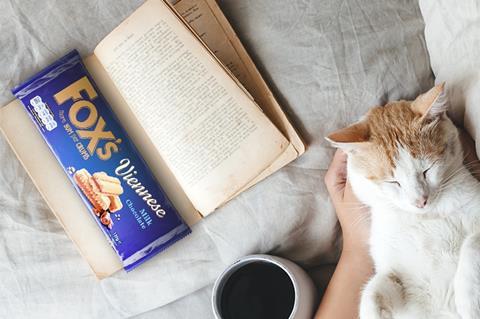 Ferrero has snapped up Fox’s Biscuits from 2 Sisters Food Group for £246m to add to its growing biscuit portfolio across the world.

The Nutella and Kinder maker will acquire manufacturing sites at Batley and Kirkham, which primarily produce biscuits sold under the Fox’s brand, while 2 Sisters will retain the third factory at Uttoxeter, which manufacturer own-label line for major retailers.

Branded revenues at Fox’s totalled £157m during the past 12 months.

Ferrero Group, the world’s third largest chocolate and confectionery business with annual revenues of more than €11bn, has diversified into new sectors in recent years, following Cadbury owner Mondelez into the world of biscuits.

The takeover of Fox’s also makes Ferrero the fourth biggest business in the UK sweet biscuits category behind Pladis, Nestlé and Mondelez.

Ferrero completed the deal through its Belgian holding company CTH.

“Through this acquisition, the Ferrero-related company expects to increase its relevance in the rich and fine biscuits category, further to the previous acquisitions of Biscuits Delacre and Kelsen Group,” a short statement from Ferrero said.

BLOG: A Ferrero takeover would be good news for Fox’s – and free up 2 Sisters to focus on what matters

2 Sisters acquired Fox’s, which has a history in the British biscuit market going back to 1853, in 2011 as part of the takeover of Northern Foods. The Northern Foods deal also included the Goodfella’s, Holland’s Pies and Matthew Walker Christmas puddings brands. Following sales of Goodfella’s to Nomad Foods in 2018 and Matthew Walker to Valeo in 2019, Holland’s Pies is the sole remaining brand in the 2 Sisters group.

Ranjit Singh Boparan, president of Boparan Holdings, said: “Fox’s Biscuits has always been an attractive brand and as one of only two major independent biscuit makers in the UK, it is a prized asset in this market.

“We have listened to many interested parties over the years, but we have always been clear that Fox’s would only be sold to the right new home, at the right time and for the right value. This sale represents another significant deal for us, underlining our commitment to our business turnaround.

“It strengthens our balance sheet even further and shows we are following through with our promises to focus on our key strengths. I wish all colleagues at the two Fox’s Biscuits sites every future success with an ambitious new owner.”

The sale will help 2 Sisters focus on its core poultry business as well as pay down some of the more than £600m of net debt on its books.

Boparan has flirted with the sale of Fox’s many times in the past six years, with Ontario Teachers’ Pension Plan-owned rival Burton’s Biscuits attempting to buy the brand a number of times. Burton’s, which makes Jammie Dodgers and Wagon Wheels, was reportedly also in the race to buy Fox’s this time as well.

Boparan Holdings CEO Ronald Kers added: “This sale is in line with our strategy and is further good news as we build on two years of strong turnaround momentum and continue to focus on our core business.

“It strengthens our liquidity position and reduces our leverage ahead of our planned refinance of the business.

“We believe the sale to Ferrero is not only beneficial for 2 Sisters Food Group, but it means a positive future for the Fox’s brand with an owner who has a compatible culture and a global reputation for high-quality branded chocolate and biscuit products.”

The formal completion of the sale is expected on 31 October 2020.