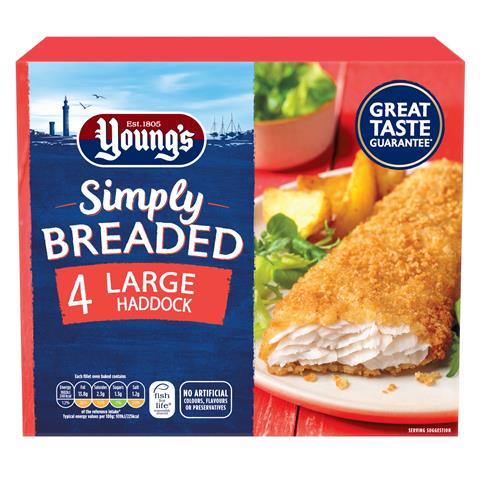 Young’s Seafood and Karro owner Eight Fifty Food Group has been snapped up by Canadian multi-protein producer Sofina Foods from owner Capvest for an undisclosed sum to create a £4bn player.

Eight Fifty had been tipped for an IPO in the coming months to give the PE house, which also separately owns Valeo, an exit, but The Grocer understand Sofina swooped in ahead of the planned flotation.

CapVest acquired UK pork processor Karro Food Group in 2017, followed by a bolt-on deal for Young’s in 2019 to create a new protein platform.

Eight Fifty continued to consolidate in the industry and has picked up five more protein businesses from across Europe to build a group with revenues of more than £2bn.

The group was widely expected to reveal plans for a stock market float this year, with the corporate advisers running a dual-track process.

Sofina Foods is one of Canada’s largest food producers and has a 25-year history of acquisitions and strong growth in retail and foodservice. Its brands are staples in Canadian households and include Cuddy, Lilydale, Janes, Mastro, San Daniele, Fletcher’s, Vienna and Zamzam.

The combined group will have more than 13,000 employees globally across 44 sites and almost CA$6bn (£3.5bn) in annual revenues once the deal completes.

Eight Fifty, which employs 8,300 staff across 23 manufacturing sites, will continue to be led by former Karro boss Di Walker.

“We began this journey as a UK-only pork supplier doing less than £500m in sales and after several years of transformational organic and acquisitive progress are now the European multi-protein specialist with over £2bn in sales,” Walker said.

“This transaction and the interest in Eight Fifty is a great reflection on the quality of the business and testament to the work that CapVest and our entire management team have completed. We’re very excited to join Sofina Foods to deliver on their ambitious future growth plans.”

CapVest partner Jason Rodrigues said the PE firm had created a leading European multi-protein business through strategic investment in the core asset base and complementary acquisitions of “fantastic national champions”.

He added: “Eight Fifty delivers best-in-class products to our customers and consumers and we are all very proud of what Di Walker and her team have achieved over the last four years. We’re confident that Eight Fifty will continue to flourish under Sofina Food’s ownership.”

Michael Latifi, founder and executive chairman of Sofina Foods, said: “As a leading Canadian multi-protein specialist, this acquisition allows Sofina Foods to continue on our path of ambitious expansion.

“Sofina Foods is one of Canada’s largest food producers and we have created a solid global foundation for continued growth. With a history of excellence in food production and processing spanning over 25 years, the strong brands of Eight Fifty Food Group align perfectly with our prominent brands and our shared future vision.”

The transaction is subject to approval from regulatory authorities.