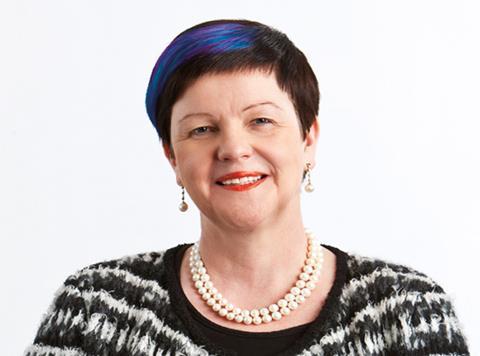 The former Tesco board member and ex-commercial secretary to the Treasury started in her new role on 20 November, and replaces Jim Moseley, who became CEO of Red Tractor Assurance in May. Suffolk farmer Andrew Blenkiron continues in his role as vice chairman.

Neville-Rolfe has links with the food industry that stretch back to childhood, having grown up on a mixed farm in Wiltshire. She worked at the former Ministry of Agriculture, Fisheries and Food as a civil servant from 1973 to 1992 - and was the lead official on the 1990 Food Safety Act - before moving to former prime minister John Major’s No 10 policy unit until 1994, and to the Cabinet Office from 1995 to 1997.

Neville-Rolfe would later serve as parliamentary under-secretary of state at the Department for Business, Innovation and Skills and as minister for intellectual property from July 2014 until July 2016, and held the post of commercial secretary to the Treasury from December 2016 to June 2017.

She has also held non-executive directorships at 2 Sisters Food Group, ITV and German retailer Metro, and was president of EuroCommerce - the European retailer and wholesaler organisation - from 2012 to 2014.

The new appointment would see her representing the Red Tractor Assurance scheme “at the very highest level”, it said.

Neville-Rolfe brought “a wealth of relevant experience to this role at a crucial time for Red Tractor”, said Terry Jones, director general of the NFU.

“Moreover, her strong links with the food industry, government and understanding of farming mean that she is uniquely placed to oversee and support the future development of this flagship for British food.”

She said: “I am delighted to be returning to an industry I love. I have watched the Red Tractor Assurance scheme grow to become a hugely important part of food and agriculture in the UK.

“The Red Tractor logo must remain the mark of quality, safety and traceability. I will use my experience in government and in the private sector to maximise the value of the scheme to producers and consumers.”