CEO, Supper, on getting second orders, paranormal beings and golf 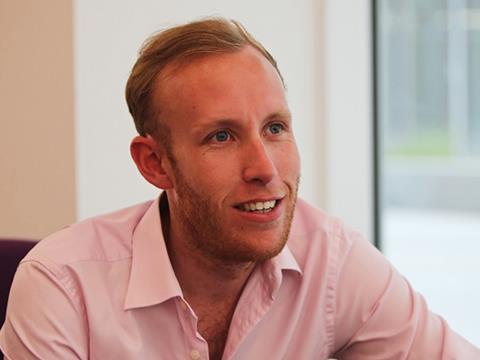 What was your first-ever job? I was a waiter at my local golf club. As jobs go it was OK, though the waistcoats were awful.

What’s been your worst job interview? An interview for a graduate scheme after I left university. It wasn’t the field I especially wanted to go into so perhaps I didn’t prep as thoroughly as I could have, but the short time I was in there was embarrassing.

What was the first music you bought? I think it might well have been a Steps album.

How do you describe your job to your mates? I generally say I work for a food tech delivery company that’s new in London.

What is the most rewarding part of your job? When we get an order from a customer for the second time. Knowing that they have made the decision to use our service again is nice.

What is the least rewarding part? The times when you feel like you aren’t getting out what you put in. A start-up is slow and you need patience, so it is tough when you can’t get the message out quick enough.

What is your motto? Do things your own way.

If you were allowed one dream perk, what would it be? Unlimited corporate tickets to any sporting event.

Do you have any phobias? Not really - I don’t like the idea of paranormal beings, but that’s it.

What’s your favourite film and why? I love Seven Pounds with Will Smith - it has a really humbling message.

If you could change one thing in grocery, what would it be? I seem to walk around in circles in supermarkets all the time; what would be great is if I could put in my shopping list before I got there and a satnav directed me to it all.

What luxury would you have on a desert island? Probably my golf clubs. I don’t get a chance to play much at the moment so I could hone my swing.

What animal most reflects your personality? I am quite like an elephant - I appear quite relaxed and methodical on the outside, but I am a thinker and I know where I am going.

Which celebrity would you most like to work with? Jamie Oliver would be great to team up with as he stands for a lot of things we are trying to achieve and he is a great business person as well as an amazing chef.