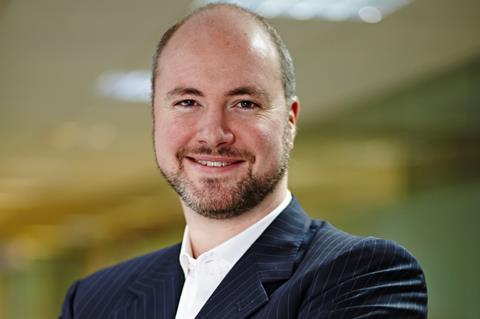 What was your first job? My mum had a mail order company, so I was everything from forklift operator to salesperson to picker and packer.

What’s been your worst job interview? I applied for a graduate job at a large personal care and cosmetics company. It’s fair to say I didn’t put up a very convincing pitch when asked to ‘sell this lipstick’.

What was the first music single you bought? I went for an album: Alanis Morissette’s Jagged Little Pill.

How do you describe your job to your mates? Selling the best, healthy drinks to supermarkets and beyond.

What is the most rewarding part of your job? When we convert someone to being a kombucha drinker.

What is the least rewarding part? Filling in retailers’ forms.

What is your motto in life? Have integrity. Real integrity is doing the right thing, even when nobody’s going to know whether you did it or not.

If you were allowed one dream perk, what would it be? An in-house gym with a personal trainer.

If you could change one thing in grocery, what would it be? Buyers being given the time and freedom to explore what could be great opportunities.

What luxury would you have on a desert island? A fridge. To keep drinks cool, and to stick my head into every so often!

What animal reflects your personality? A polar bear, because they’re warm even in the coolest of environments.

What’s your favourite film and why? The Shawshank Redemption. It’s a wonderful story with drama and action, where justice and integrity prevail.

Which celebrity would you most like to work with and why? Derren Brown - I think he’d be a marketing genius.

What would your death row meal be? Something Thai, the flavour combinations are a dream. And of course, a Captain Kombucha to wash it down with!