Rachel Jones, Farmcare, on selling spuds, Pretty Woman and being a 'bull in a china shop' 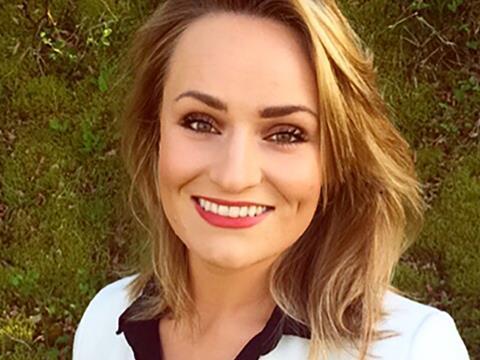 What was your first-ever job? As a waitress while studying - it definitely set me up for a career working under pressure.

What’s been your worst job interview? Strange, I know, but I actually enjoy the pressure of a job interview so I can’t say any of them stand out as a bad experience.

What was the first music single you bought? Take That - I had the whole album on cassette tape. It still makes me smile when I hear one of their classics.

How do you describe your job to your mates? I tell them I sell spuds.

What’s the most rewarding part of your job? Working as part of a team who have an unbelievable amount of passion for what they do - there’s a real team spirit at Farmcare.

And the least rewarding part? The amount of time I spend sitting in traffic, standing on a train station or waiting in an airport. I try and fill my ‘dead time’ as effectively as possible - checking emails, catching up on news or reading a good book. I hate doing nothing.

What is your motto in life? Go hard or go home.

If you were allowed one dream perk, what would it be? First-class worldwide travel, with time to relax on a beach every now and then - not just hopping from airport to airport.

What’s your favourite film and why? Pretty Woman is a classic, which I have watched countless times.

What’s been your most embarrassing moment? Pouring a large glass of red wine over myself. Inevitably, it happened while I was in a beautiful restaurant and wearing a white dress.

If you could change one thing in grocery, what would it be? Greater education for young people on the benefits of eating a healthy diet, filled with fresh fruit and vegetables produced in the UK. Of course, an increase in UK potato consumption would also be nice…

What luxury would you have on a desert island? Tanning oil and an iPad. Heaven.

Which celebrity would you like to work with and why? David Beckham - is there any need to justify why?

What animal most reflects your personality? A bull: my family have charmingly called me ‘a bull in a china shop’ from as young as I can remember.