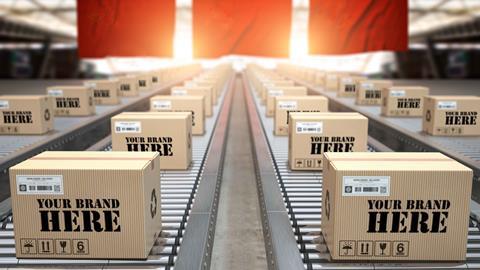 Through acquisitions and investment in tech, THG has become a go-to for brands looking to move into direct selling. What’s its secret?

The world’s biggest brands are going direct. Since the pandemic began, the likes of Heinz and Coca-Cola have cottoned on to the benefits of DTC sales. No longer a small sideline, the channel is now a central part of their strategies.

But that doesn’t mean brands are cutting out the middleman altogether. The complex process from securing clicks to delivering products to customer doorsteps around the globe is not their speciality. To overcome the conundrum, brands are forging deals with expert external players, with one name fast emerging as the partner of choice: THG, better known as The Hut Group.

So what’s drawing fmcg giants to the Manchester-based company in their droves? Can it solve their DTC dilemmas? And in turn can the £6.5bn market cap THG realise its ambition to be a “major global player”?

It bodes well that THG counts Coca-Cola among its partners. In November, the drinks giant launched its first-ever online store for customers in the UK: Your Coca-Cola. Built in response to “growing demand from consumers to buy their favourite brands online” it offers large multipacks and bundles not found in stores, hoping to “fill a gap in the market by facilitating mid-sized online purchases” explains Marco Levy Geraldes, strategic project director at Coca-Cola European Partners.

The company is already salivating at its potential. “In the long term, this move will allow us to further optimise our range across all of our customer channels, strengthen consumer loyalty and help us to fulfil our potential as category leader,” Levy Geraldes says.

Behind the scenes, THG provided the capabilities and expertise to manage the end-to-end process of building and launching a direct-to-consumer platform. Although CCEP won’t reveal the exact nature of the contract, the terms and conditions page of the DTC site indicate it is substantial: the customer’s agreement is with “The Hut.com Limited (trading as www.Your-CocaCola.com)”.

You may ask why a giant such as Coca-Cola couldn’t do DTC itself. But James Hyde, co-founder and CEO of challenger brand e-commerce fulfilment specialists James and James Fulfilment, says outsourcing is a sensible move. “Why would you outsource? It’s the same as asking why you would outsource mowing your lawn? It’s because someone can do it quicker than you, do it better than you, and while it might cost more per hour, the expertise and equipment they bring to it is better than you could do,” he explains.

Indeed, outsourcing is arguably the least labour-intensive of the four main options for brands wanting to sell to customers online. Two are through intermediaries – be that a retailer’s own website or a third-party e-commerce site like Amazon.

Then there are two ‘pure’ DTC plays. A ‘full-stack’ approach means brands establish the store front as well as all warehousing and distribution – everything save usually the last-mile delivery. But it’s a complex undertaking requiring wide-ranging expertise, significant capex plus major marketing spend to raise awareness.

The final approach sees all or most of those elements outsourced. That’s where THG comes in. Its Ingenuity division “provides a fully integrated and tailored end-to-end e-commerce business” with solutions covering “first click to final mile”, it says.

“That’s how we’ve been able to grow sales across our own brands. That’s why we built the Ingenuity platform, and why we have made that available to potential clients across any sector.”

Asda, Tesco: THG established itself as an e-commerce partner in 2005, initially creating and running home entertainment websites for the retailers, which it still lists as Ingenuity clients.

Nestlé, Unilever: Understood to have been Ingenuity customers since around 2013. THG said in its prospectus the brands expect DTC to account for 10% and 9% of their global sales respectively by 2022.

It’s been a long journey to get to this point. The Hut Group was founded in 2004 by Matthew Moulding and John Gallemore, initially selling CDs and DVDs on entertainment sites it built and operated on behalf of Asda, Zavvi and Boots.

The business soon pivoted, acquiring e-commerce sites primarily across beauty, nutrition and luxury, as well as establishing its own brands in these categories.

Its acquisition spree hasn’t ceased since then – buys include make-up site lookfantastic.com, protein shake brand MyProtein and in 2018 beauty manufacturer Acheson & Acheson – and it’s been bolstered with the construction or purchase of huge distribution sites in Europe, North America, Singapore, India, Australia, Hong Kong and Dubai.

In September, it floated in the biggest London stock market debut by market cap since Royal Mail in 2013. That’s partly thanks to booming brands: its beauty division generated £751m in revenue in 2020, and its nutrition arm £561m – up 57% and 36% on 2019 respectively. The group added more than 3.5 million new active customers during Q4 2020 alone, and 10.7 million over the full year. This potential has attracted the attention of backers including former Marks & Spencer boss Stuart Rose and former Tesco CEO Terry Leahy.

But the appetite from investors isn’t just down to its brands. All this time, THG has been running on its own, mostly proprietary, technology platform. That was built to solve the issues it’s faced selling online and in different markets – be it taking payments, dealing with fraud, warehouse management, engaging with last-mile couriers or managing payments to influencers.

THG soon spotted an opportunity to offer those tech tools – plus all the logistics, warehousing, marketing content creation and brand-building companies need to make a success of their DTC efforts – to external brands in the form of THG Ingenuity.

“In essence, THG Ingenuity evolved in response to issues that we faced ourselves,” the spokesman says. “We have grown, developed and refined it over the last 17 years, creating an end-to-end proprietary solution that we offer to third-party clients, helping them to sell direct to consumers in territories around the world, at pace and at scale.”

It’s a compelling proposition. One that has convinced several fmcg giants to sign deals with THG, among them Nestlé, Unilever, P&G, Johnson & Johnson and PZ Cussons. The past few months alone have seen Vimto, Vita Coco, GlaxoSmithKline and L’Occitane Group’s Erborian join the party.

Brands have the option to pick specific elements, or go all in. Hotel Chocolat is one example of the latter. In September, it announced a five-year deal to use Ingenuity’s “full suite of services” in the US.

While retaining its existing UK DTC operation as is, Hotel Chocolat is starting afresh in the US, with THG providing everything from digital marketing – including use of its proprietary 10,000 active influencer marketing platform THG Society – payment fraud protection, multi-lingual customer services, real time data feeds, to the use of multiple chilled distribution warehouses across the States, promising next-day delivery up and down the east and west coasts.

Brendan Drake, US CEO of Hotel Chocolat, says Ingenuity provides an “end-to-end” solution “with the potential to build meaningful scale”.

GSK is also looking at the future potential. It is working with Ingenuity on its Vitamins portfolio in the UK, with a DTC site and support across hosting, marketing, trading, logistics, payments and customer services, and says it is “currently in the discovery phase”.

In the case of Vimto, it’s partnering on a DTC website, fulfilment and client services, with the aim of launching “in three to six months’ time”. And global dermatology company Galderma has partnered with THG to launch its Acnecide DTC UK website, with a contract that includes trading, marketing, logistics, customer services and payment solutions. The site is now live.

Amid this success, THG continues to add new elements to its offer like translation service THG Fluently and web hosting service THG Hosting (both of which were made possible by specialist acquisitions). Clients can also tap into THG Studios for digital content creation or THG Society for influencer engagement. In a call with analysts in January, founder and CEO Moulding said the company was rolling out further product personalisation: “Quite a different feature to be able to give to people, but that’s a value driver.”

Such things can be done without THG, of course. Heinz launched its DTC operation Heinz To Home in a matter of weeks last year working with several agencies and tech partners. In the US, Coca-Cola is an investor in Iris Nova, which built its own DTC tech.

But typically, complex DTC operations would require working with a service integrator, which in turn would bring on multiple technology providers, consultants and warehousing partners. “That brings a lot of cost and risk,” the THG spokesman adds. “THG Ingenuity removes this burden and means brands can concentrate on what’s core to them. You’ve got one partner to deal with, rather than a fragmented set across different territories.”

THG says it disrupts on cost, time to delivery, plus its proven ‘playbook’ of building a global brand. These attributes are driving ambitious plans for the future.

The company has a “land and expand strategy” Moulding told analysts in January, which grows contracts from small beginnings.

“I don’t think you’d ever get a major global CPG that just says ‘right we’re only going to use you from the off’,” he said. One of its first Ingenuity contracts was £400,000 for one year. “Now that’s a £150m, 10-year contract, and we just keep progressing through that organisation”. Furthermore, there is “negligible churn – as we add complexity it only makes them stickier”.

The Ingenuity Commerce division – which doesn’t include white-label product development and manufacture – generated £5m in revenue in 2019, £20m for 2020 and will do £31m in 2021 “if we didn’t win another contract this year”. That’s unlikely, given THG has boosted its sales force from five people to 54 in recent months. Enquiries are “at an all-time high” the company says.

There is a risk, highlighted in THG’s prospectus, that better funded e-commerce giants could offer competing services. Its investment in technology can’t slow or it could be overtaken by competitors. But what most rivals lack is proven product sales success, it says (though Next and its similar ‘Total Platform’ product may have something to say about that).

Just as Amazon has done with cloud computing company Amazon Web Services, or Ocado with the Smart Platform technology powering its retail arm, THG has used its Ingenuity products to build its own business. That’s what makes its offer so convincing to partners.

And THG’s ambitions aren’t far behind Amazon’s, either. “We will be investing in growth for a good number of years,” says Moulding. “We are taking this group on to become a major, major global player – that’s probably about as strong a view as I can give without embarrassing myself.”

This article is part of The Grocer’s Supply Chain Special