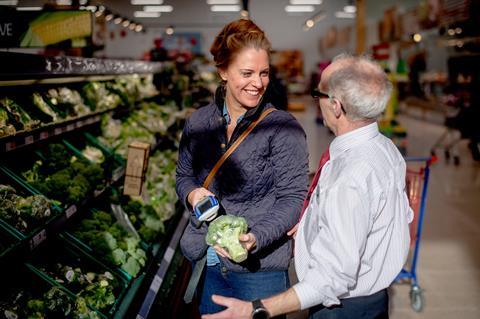 Thousands of vulnerable supermarket workers have been told they should return to work or face moving onto sick pay, or in some cases unpaid leave, The Grocer can reveal.

As the UK continues to emerge from lockdown, it is understood as many as 16,000 workers from Tesco alone have received notice from the retailer saying they should return to work, unless they are deemed extremely clinically vulnerable or are pregnant.

Other supermarkets, including Asda and Sainsbury’s, say vulnerable workers, including those who are over 70 or suffer from conditions such as diabetes, will continue to receive full pay until the end of June.

The different approaches by retailers come with Health Secretary Matt Hancock poised to make an announcement “very soon” on how long the 2.2 million “clinically extremely vulnerable people” in the UK should continue to shield from the virus.

All the UK’s supermarkets announced emergency measures in March to protect both members of this group and those within the much larger group of up to 19 million deemed as vulnerable to the virus, because of pre-existing conditions such as asthma.

Tesco, which at the height of the pandemic was employing 45,000 temporary staff to cope with absenteeism and stockpiling, said it made a decision that those workers classed as clinically vulnerable could now return to work, while the clinically extremely vulnerable should continue to shield. It stressed the move was “strictly in line “ with the latest government guidance.

Its guarantee of 12 weeks’ full pay for absence during shielding ran out this week, with an estimated 25,000 staff at the supermarket having been off work in either of the two groups, it said.

Tesco said it would be using occupational health experts to complete full independent risk assessments for those thousands of staff returning to the shop floor.

Staff not wanting to complete the assessment are being asked to sign a disclaimer form, saying they are happy with the social distancing measures set up to protect them.

“Since the outbreak of Covid-19, the safety of colleagues and customers has been our first priority,” said a Tesco spokeswoman.

“As government advice on who can work and who must continue to stay at home has been updated, we have also revised our approach. This means that clinically extremely vulnerable or pregnant colleagues will continue shielding at home whilst, in line with government guidance, we are able to welcome other colleagues back to work.

“These colleagues have been offered an occupational health assessment to support them in returning to work in a way that safely meets their needs.”

Sainsbury’s told The Grocer it would continue to pay vulnerable staff until 30 June, with up to 5% of its workforce currently off work through shielding.

“Since March we have introduced robust social distancing measures, in line with government guidance, to keep our colleagues and customers safe,” said a spokeswoman for the retailer.

“As lockdown measures start to lift, we are beginning to talk to our colleagues who have been self-isolating because they are over 70, pregnant or have certain underlying health conditions as well as those who are living with a family member who is clinically extremely vulnerable, about making the transition back to work.”

It is understood the cut-off for Asda staff returning will also be 30 June.

The Grocer reported earlier this month there was huge disquiet among retailers over the lack of clarity from government on how to treat the return of vulnerable workers, with the ministers  beginning to relax the lockdown for vulnerable groups without notice at the start of June.

“It’s good to encourage people back to work but there is a danger of people returning before they are ready and feel comfortable to do so.

“Unofficially government guidance is going to continue through July which will keep these workers off work. It’s made even more complicated by the fact there are ongoing referrals to the shielding program.”