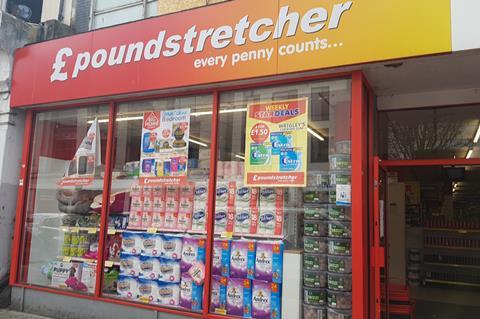 Poundstretcher is in the midst of implementing a CVA rescue plan

Poundstretcher is set to close its Huddersfield office by the end of the year in its latest effort to shore up the business.

About 30 members of staff will be affected by the closure, which has been announced internally, The Grocer understands.

Poundstretcher moved distribution operations from Huddersfield to Kirby Muxloe, Leicestershire, in 2019, but some office functions remained at the former site.

The lease at Huddersfield was taken on by Buy It Direct but Poundstretcher continued to rent floor space from the online retailer for its purchase ledger and packaging design departments.

Poundstretcher is currently advertising for roles with similar functions at Kirkby Muxloe. Huddersfield staff have been given the choice of redundancy or relocating by roughly 100 miles.

Poundstretcher is in the midst of implementing a CVA rescue plan that puts stores and jobs at risk. The Grocer revealed in July that 10 area managers had been made redundant and more than a dozen stores closed less than two weeks into the process. The CVA made the fate of 253 of Poundstretcher’s roughly 450 stores dependent on their performance and landlord co-operation in the subsequent weeks.