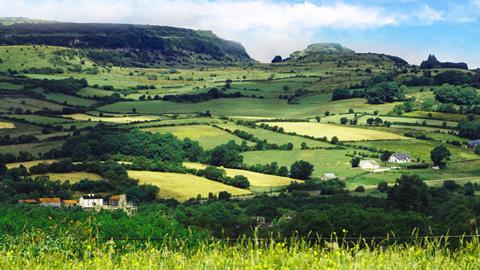 A natural choice: why consumers are turning to grass-fed beef

Consumers have become ever more discerning about where their food comes from and how it is produced. And nowhere is this trend more clearly on display than when it comes to shoppers’ choice of beef.

For example, research from Ernst & Young shows that over 50% of consumers globally now express a preference for grass-fed beef and 64% said they would pay more for it.

So, what’s so special about the green stuff?

Well, there’s been a body of research that shows beef sourced from animals enjoying an existence of natural, pasture-based outdoor grazing for most of the year makes for great tasting grass-fed beef. Most notably there is evidence from Teagasc, the Irish state agency providing research, advisory and education in agriculture, horticulture, food and rural development in Ireland, that grass-fed beef is both visually distinctive and has specific positive taste and nutritional properties.

The findings of the Teagasc study into the different effect of cattle diets show that grass-fed beef has low overall fat levels, it is naturally rich in protein, contains essential amino acids, and has eight essential vitamins and minerals including B12, iron, niacin, B6 and phosphorous.

Together, this combination can help to reduce tiredness and support normal function of the immune system as well as general good health and well-being.

Irish grass-fed beef won more medals than any other country in the 2018 and 2019 World Steak Challenge. In the 2019 contest, with competitors from 25 countries including Australia, New Zealand, Uruguay, USA, Canada and Europe, Ireland won a record 75 medals, more than any other competing country, including the World’s Best Fillet.

Listen to the consumer

However, it is not just the nutritional evidence that is swaying consumers. Grass-fed beef has a pronounced cherry red meat colour and its flavour is often described as ‘complex’, ‘grassy’, ‘rich and juicy’, ‘full flavoured’, ‘succulent’ and as having a true ‘beefy’ flavour.

Environment and animal welfare are also very important to UK consumers when it comes to their choice of beef. A grass-fed outdoor lifestyle puts the health and welfare of the cattle and the sustainability of the green pastures that they are reared on at the heart of a positive approach to farming.

This is all good news for Irish beef where grass-fed cattle farming comes naturally.

Ireland’s mild, temperate climate, plentiful rainfall and rich soils lead to lush grasslands which make up 85% of Ireland. This has long made it the perfect environment for grazing cattle and explains why Irish beef is so special and unique in terms of taste, tenderness and quality.

It’s no wonder that its premium qualities are so sought after by shoppers everywhere and, if proof was needed, in a recent consumer survey 87% of UK consumers would purchase Irish beef. When asked why, drivers included being perceived local by 66% of UK consumers but also farming practices and grass-based production systems.

In response to this growing consumer demand, Ireland has developed a transparent and independently verified Grass-Fed Standard for beef. This will enable Irish farmers and processors to supply further evidence of Irish beef’s natural qualities and Ireland’s commitment to open pasture grazing.

The new standard is the perfect blend of nature and science. Fully supported by the Irish government and recognised by the Irish National Accreditation Board the Standard uses a scientific calculation method to verify that beef is sourced from cattle that enjoy a minimum of 90% grass and grass-based forage.

Irish grass-fed beef also features at many leading restaurants including Michelin-starred restaurants around the world. The CIBC (Chefs Irish Beef Club) has nine chapters in European countries and internationally has circa 100 participating leading chefs who chose (on a voluntary basis) to use and endorse Irish grass-fed beef as their beef of choice.

While in retail, Irish beef is found in more stores globally than any other origin beef. Irish beef can be found on shelf in the UK, right across continental Europe through to USA, South East Asia, and China.

In the UK, Irish beef can be found in mainstream grocery retail, premium specialty retail and across some of the top Michelin-starred restaurants and high-end catering butchers which demand the highest standards in quality, traceability, animal welfare and taste.

Cattle must also be shown to graze in open pastures for an average of 220 days per year, during their lifetime.

The model for the Standard is rooted in the ISO accredited Sustainable Beef and Lamb Assurance Scheme (SBLAS) whereby data is collected during farm audits to determine the grass-fed status of each animal. It is a strict, yet transparent, verification process which enables Ireland to prove its credentials and set itself apart from all competitors in the grass-fed sphere.

As Padraig Brennan, Bord Bia’s Meat, Food and Beverage director, says: “The grass-fed standard is underpinned by SBLAS and highlights the commitment of Irish farmers to maximising the efficiencies of our grass-based production system. Irish farmers’ commitment to SBLAS is what enables us to complete the assessment for this new scientific model, and that is ultimately a commitment to upholding the highest standards in farming production.”

Grass-fed beef is fast becoming the premium go-to option for shoppers and diners alike. With Ireland leading the way in grass-fed standards and Irish beef accounting for 70% of UK beef imports, this can only be good news for a discerning UK consumer.