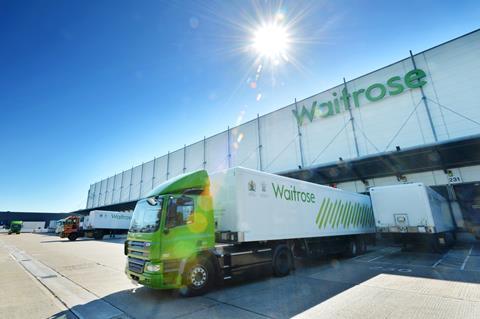 Waitrose has confirmed the acquisition of a 110,000 sq ft property in north London for its second major online customer fulfilment centre.

The upmarket retailer said the new facility would be open for business in spring next year.

The move is separate to the new deal it signed with Ocado co-founder Jonathan Faiman’s Today Development Partners last week. Waitrose and TDP plan to develop three further CFCs, which they said would use state-of-the-art technology.

Both moves are part of Waitrose’s ambition to turn its online arm into a £1bn business within three years, and come months after Ocado announced it would dissolve its 20-year relationship with Waitrose next year in favour of a new agreement with M&S.

Currently, Waitrose operates just one CFC in Coulsdon, south London, which it opened in 2015. The majority of its online orders are store picked, allowing the retailer to deliver to 81% of UK postcodes.

Waitrose added that it had invested more than £80m in its online offer over the past five years.

“Waitrose.com growth is rapid and we know there are many more new customers who would like to buy our products from us online,” said Waitrose digital director Ben Stimson.

“This centre is the latest in an exciting raft of investments and will ensure they have a really convenient, easy way to do so.”