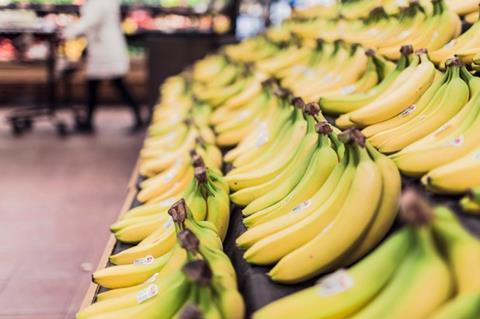 Tesco has banned bananas and oranges from its free fruit for children scheme, amid fears customers could slip on discarded peel.

The products were among more than 100 million pieces of fruit Tesco has given away to youngsters since it launched its Free Fruit for Kids scheme in 2016.

The Grocer understands the decision to ban bananas and oranges was taken in the past few weeks, after safety fears were raised at some stores.

Tesco will increase the amount of apples and pears offered to children instead.

Since the scheme was launched three years ago, parents have been allowed to take free fruit including apples and bananas in the fruit and veg aisle for their children to snack on while they shop, to try to counter long-running fears about the lack of youngsters getting their five a day.

The retailer has been widely praised by health campaigners for its scheme as part of its efforts on childhood obesity.

A spokesman for Tesco said: “We’ve given out more than 100 million pieces of free fruit since the scheme launched three years ago. Skins and peel that aren’t disposed of could cause slips. We want to ensure customers are safe as they shop.”