One-stop shop: what does the alliance of Iceland and The Range offer? 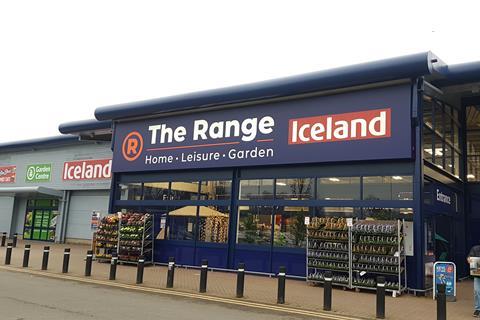 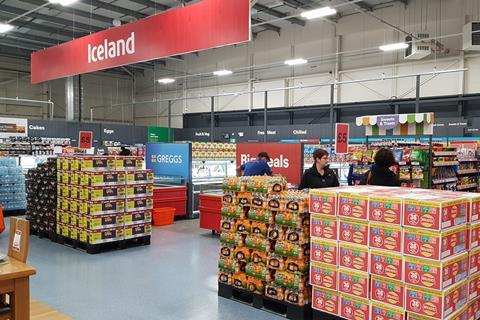 Inside, Iceland is difficult to miss, located near the front of the store, with a sizeable overhanging banner 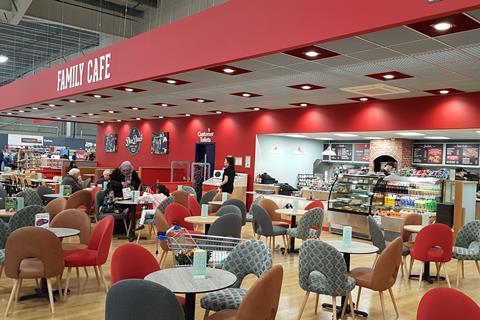 Not everything ran smoothly on opening day. The store was briefly evacuated when some burnt food in the café set off a fire alarm 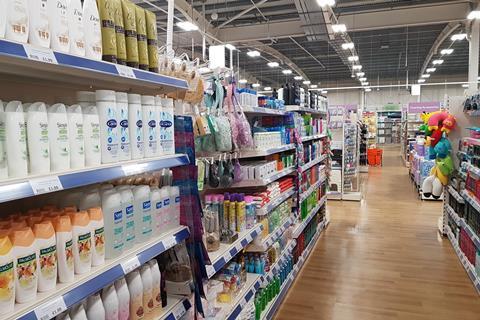 The Range already has its own non-food fmcg range, including toiletries 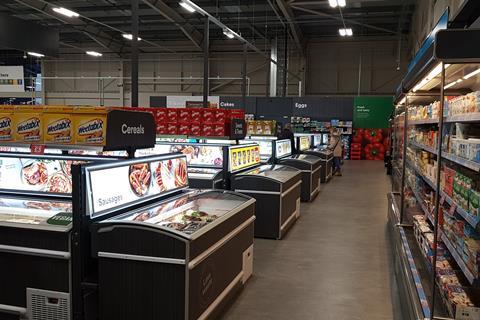 The upright freezers of Iceland’s full store refit programme are absent, as is the digital signage. The shortcuts are similar to those taken in a programme of lower-cost, time-saving refits introduced last year

The Range is a purveyor of all manner of general merchandise, at discounter prices. Now, through its alliance with Iceland, you can go in for DIY and decor and come out with dinner too

If you could only go to one shop for the rest of your life, and wanted to optimise your chance of always finding whatever you need, on a budget, The Range would make a sensible choice.

Plus, now, all your groceries, at an in-store Iceland.

In fact, creating a truly “one-stop shop” was what The Range founder and chairman Chris Dawson had in mind when the two retailers agreed to their “strategic alliance” last summer.

The partnership began in August in two existing branches of The Range in Birmingham and a newly opened one in Liverpool. The fourth came the same month, with the opening of The Range connected to the chain’s new head office in Plymouth, and the fifth opened in St Albans on 1 March - with more to follow soon in Hemel Hempstead and Aylesbury.

The Range favours out of town locations and these follow the rule. Retail parks aren’t a new location for Iceland either, with close to 100 branches of its Food Warehouse concept stores having opened exclusively in these areas since the first outlet in 2014. But setting up shop in the corner of an emporium of general merchandise bargains is certainly new.

Spotlight: Can One Below breathe new life into the ‘fixed-price’ model?

Not that the frozen food specialist is squeezed for space inside. At 56,000 sq ft, this Range, in St Albans, is considerably larger than its average 40,000 sq ft.

Iceland has about as much space inside as afforded by one of the supermarket’s standalone stores, which average at 5,000 sq ft. Like the other four outlets, it offers not a trimmed-down version of Iceland’s food range but the whole lot, from frozen to bakery, bringing the total number of products in this store to 80,000.

It’s simply another Iceland branch, just in a new setting, and shares its design cues with the 100 or so stores to have been modernised since 2016.

This separate branding stops at the staff, who are all in The Range uniforms - and in no short supply. Possibly The Range has gone to extra trouble on opening day, when The Grocer visits, but the whole branch is exceptionally well staffed. Offers of help are frequent.

It’s Friday evening, but the store is lively with customers, including those browsing for frozen dinners.

Reaching “people who have not shopped at Iceland before” was among Iceland founder and executive chairman Malcolm Walker’s aims for the partnership. But the strength of the alliance seems to lie as much in attracting people who didn’t come out to buy groceries.

Aldi and Lidl enjoy reputations as places where you go in for groceries and come out carrying wellies and an inflatable hot tub too. Aldi’s Specialbuys and the ‘Middle of Lidl’ share the key attraction of everything else in the stores: value for money. So they naturally appeal to the same customers.

Similarly, “the ethos of The Range, to bring customers great-quality products at the most competitive prices, is absolutely identical to Iceland’s,” making them “natural partners”, Walker said.

It’s the Middle of Lidl in reverse. Go in for wellies and an inflatable hot tub (yes, The Range sells both), leave also with dinner (it’s palm oil-free, too).

That’s not to say people wouldn’t come here specifically for the Iceland branch. It’s signposted well enough, and the large sign at the far edge of the car park is visible to traffic en route to other shops.

This is the other advantage to the alliance for Iceland: location.

The Range has about 160 stores. Even if Iceland were to open in all of them, it would be a small concern compared with its own estate of supermarkets, which reached 940 stores last month.

But add to those the 100 or so Food Warehouses, and you would have a substantial new incursion by Iceland into out of town retail parks, providing a degree of future-proofing against declining high street footfall.

From store modernisation and the Food Warehouse, to its industry-leading commitment to ditch own-label plastic, Iceland has transformed as a force in grocery in the space of a few years. Judging by this latest initiative, the business isn’t running low on ideas just yet.