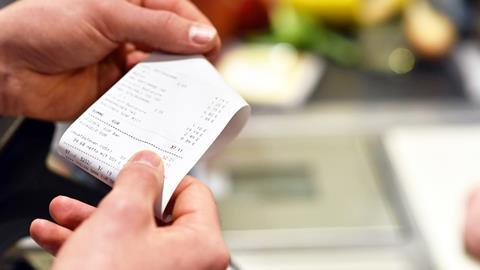 Brexit deal or not, food prices are going up. But by how much?

What will happen to the price of food under a no-deal Brexit? It’s a question that, four-and-a-half years since the referendum, has finally broken out into the public zeitgeist. The answer? No one can be sure given the complexity of price factors, though 5%-10% appears to be the emerging consensus.

Much will depend on whether supermarkets or suppliers end up shouldering the burden of Brexit-related costs such as tariffs. And so far, that is still very much under debate.

The Grocer revealed today The Co-op had sent a letter to its suppliers warning it won’t pay for any cost increases on promotional activity for the first three months of 2021 in a no-deal scenario. It claims these deals are already “locked and loaded” and keeping prices down will be “impossible” unless suppliers agree to bear the brunt.

That might be good news for Co-op customers but it’s scant consultation for suppliers facing the potential of hefty tariffs - little wonder the move was branded as “outrageous” by the FDF today.

Tesco, meanwhile, has taken what appears to be a more conciliatory course, with a letter to suppliers from chief product officer Ashwin Prasad promising it will take a “collaborative approach”. Although Tesco’s track record suggests these negotiations might not exactly be all full of the joys of Christmas either.

The Co-op and Tesco’s interventions follow a similar letter from Spar to its suppliers, warning it will not accept any price hikes in the event of a hard Brexit without valid justification to support it.

It suggests major retailers are keen to get suppliers to absorb at least some of the extra costs, rather than making major price hikes at the tills. But there is still no real consensus between the two parties. Which could be why Tesco chairman John Allan estimated last week that prices would rise by 3%-5% under a no-deal Brexit, while FDF CEO Ian Wright insisted it will be more like 5%-15%.

What is certain is that should a no-deal come to pass, there will be some fairly brutal negotiations going on behind closed doors.

The big manufacturers will of course make their weight felt to push the costs through to supermarkets, but for the smaller firms, the power imbalance could leave them floundering. Many do not have the financial muscle to push back on supermarket demands, while others will be locked into multi-year contracts with no contractual clause for renegotiation.

Still, it’s unlikely even small suppliers will be squeezed to the point of collapse. The supermarkets are unlikely to force a small olive oil brand, for example, to bear the full whack of roughly 30% tariffs if it means it goes out of business.

So, while it’s still unclear by how much, it’s almost inevitable supermarket food prices will rise in a no-deal scenario. And that’s set to hit those who can least afford it the hardest.

Customers spend between 7%-14% of their income on food, depending on their income, according to the ONS, and it will likely be those at the lower end of the spectrum who are most squeezed. Take a single parent, for example, earning the national living wage of £9.50 – worth about £15k a year after tax. They are already paying about £2,000 per year on food, meaning a 10% price rise would set them back another £200.

Hopefully the progress made in talks this week will end up with a deal that means the worst of the tariffs will be avoided. But Brexit means extra costs, regardless of the deal Boris Johnson brings back. That burden has to fall somewhere –  we all await to see where.